But instead of stealing things you decide to do something that would mildly inconvenient the person whose house you have broken into.

What would you do?

You're not your , but I'm not the grammar cops

No you certainly are not, have you read some of your own posts? Some are almost illegible!

Sentences always end with a full stop; you didn't add one. You also don't need a space between the word 'your' and the comma.

RegularComper90 So if I'm not the grammar cop you must be

mrgoggll You criticised the OP, yet your grammar is no better.

That's rich coming from someone who doesn't know the difference between "probably" and "possibly" (or calls himself names).

Why does everyone dislike mrgoggll so much?! Have I missed something lol. Other than the over use of gifs?

AliceBell64468 well the short answer is yes, but as ever this is mostly a kind chat section but I just felt it was kettle calling pot black and couldn't help my retort above lol. Sorry if it offended others but wish he would take the hint and just once contribute sensibly to a chat.

AliceBell64468 You obviously didn't see the disgusting GIF he posted when it was announced that Captain Tom had been admitted to hospital a Gif of the Grim Reaper was neither funny or appropriate, my response got nine likes (a record for me) his got one (probably MR W).

You were probably not taking part in a pleasant game posted by Ann1984 when he decided to flood it with Gifs, despite her polite request for him to stop he carried on until it became impossible for the game to continue until the next day when they had been removed.

He posted yesterday that he "hates" the admin on this site, and it appears he is trying to be as disruptive as he can be, to spoil it for them and us.

You really must try to keep up Alice - although much of his disruption has been removed. He did however edit the "....off" I should do, to "intercourse off".

I noticed another poster some weeks ago who told a female poster to fxck off who later edited it to something less offensive, I can't help but think they could be the same person.

davidstockport no I didn’t see the offensive GIFs or comments, which I would agree is not appropriate. Lol as for keeping up, I don’t have time to read every chat section, which is why I was intrigued as to what he had done so wrong!

Lynibis I can see where you are coming from if he has been winding people up, I had only caught glimpses on some chats and not the full extent, no need to apologise, it takes a lot more to offend me

Turn the electricity off! But if they were away on holiday that would not be a mild inconvenience so would only do if they were home within a few hours. Well, heck, I wouldn't do it any which way as I wouldn't burgle someone's home in the first place.

Put tissues in the pockets of the clothes and put them in the washing machine. Relocate everything in the kitchen.

Can you still ring the talking clock in America?

Yes you can still ring the talking clock in America, but it's a waste of money, the time it gives you is at least five hours slow,

Freeze all their utensils in blocks of ice individually. Hide all the batteries in the house including the ones already in things. Put cling film over their toilets

Put some prawns around the home and then when they start stinking I will sitting back and laughing my head off and the other thing I would do order everything from taxis to pizzas to come to the home .

I read some years ago that someone had put prawns into a brass curtain rail, the occupier of the house couldn't find the source of the smell and after months of trying gave up and moved house. He took the curtain rail with him

No need to break in, just hack their router, change the wifi password and switch it off and back on again randomly

That's got to be my favourite

This is not malicious or involve burglary but some years ago a group of customers decided to prank the landlord of a pub, individually they took a few glasses home every night for several months, he never suspected anything there is always "natural wastage" then they all returned the glasses on the same night (100s of them) just leaving them on the tables, it helped that there was an outside drink area, the landlord had nowhere to put all the glasses when all the glasses had been collected, he was totally freaked out and I don't think to this day he knows what happened.

"A group of customers" sure

I was going to say switch their fridge freezer off, but I don’t think that’s mildly inconvenient now I’ve typed it lol, maybe take all the batteries out the remotes lol or eat all the good food in the house

Put two dead trout hidden in the house somewhere. They find the first one and think they have found the smell but no there is another hidden

Something that would upset me would change my toilet paper to the eco friendly thin stuff from Waitrose.

Strategically place rat or mouse droppings around the house and near their front & back doors. Then to top it off put the shed skin of a snake hanging out of the loft door. (I have a fear of both and appreciate it may cause more than a little inconvenience)

Pjran we could just leave all the toilets rolls empty and move the stored toilet paper to another cupboard.

Swap the salt and sugar around .. naughty

Hide the remote control. Randomly record or delete programmes on the TV planner.

Someone I knew cut one button off each of her husband’s shirts when she found out he been unfaithful. I thought that was a good idea.

I would Get a life. Be the energy you wanna attract. Success is the best form of revenge. So crack on with your own.

I would hide the toilet paper, their washing up liquid, remove and hide all their light bulbs, phone chargers and remote controls.

As I hate it when we run out of stuff, a bulb goes or I can't find these. 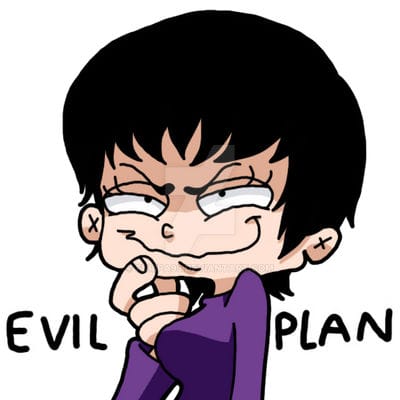