Neighbours Ending today.Are You Going to Miss It?

With Neighbours ending today and a lot of the star's who became famous after appearing in the show are returning including Kylie and Jason. Did you use to watch it but lost interest or you watched since it was on bbc1 twice a day?

stuartsmith544
2 weeks ago
What do you think of this?

And nearly 8k episodes. How can anyone make sense of a story with that many episodes?

Sad isn’t it. I remember it as a kid but not really watched it for years!

My mum and mother in law used to watch it when it was on at teatime when we were younger but when it moved channels and times they both stopped. We recorded the final episode for my mother in law to watch.

Haven't watched it for at least 2 or 3 decades. In fact I have now weaned myself off all the soaps. Eastenders was first to go, then Corrie and finally Emmerdale.

I reamember watching it when it was first aired but lost interest and haven't seen it for years.

Haven't watched it in years anyway

I haven't seen it since it stopped being on the BBC years ago. Its nice that lots of stars turned up for the finale.

I started watching from day one but since lockdown I stopped watching but was still recording it so I have loads to catch up on. I will get to the end one day.

I haven't watched it in years, I think Kylie Minogue & Jason Donavon were still in it.

I was an avid viewer when I was a kid in the late 80s/early 90s the Kylie and Jason etc era. I was allowed to watch it as Eastenders was to depressing etc

I've never watched it. In fact I only watch one regular program on terrestrial TV

I used to watch it religiously at the beginning as it seemed like something different being based in Australia but a few years in I started to get bored of it and watched it occasionally and a few years after that didn't watch it all. When I watched it there was a character called Des and later on I remember an actress that came from my home town of Yeovil that was in it. I also read of another actor from Yeovil that was in it but wasn't born here just grew up here. The actress I think who was from yeovil is in the centre back row of this image. No idea what she is called though. 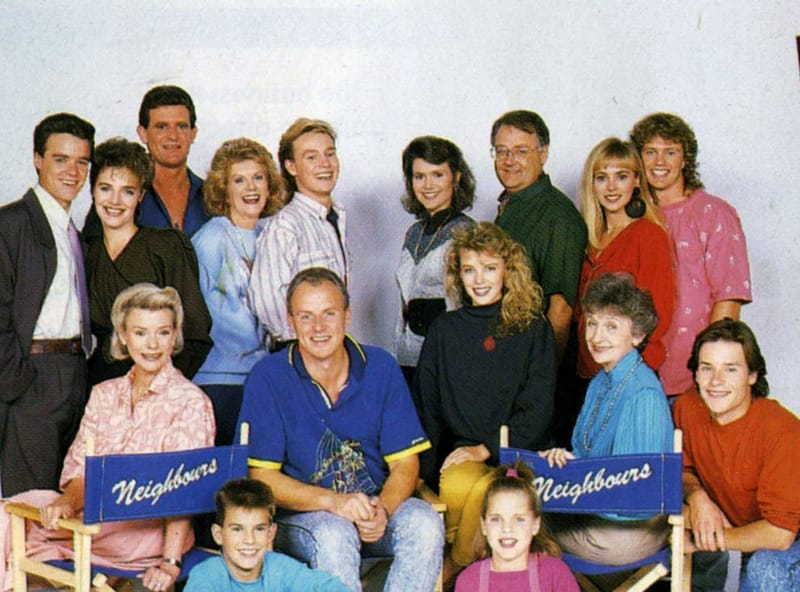 Stopped watching it ages ago, but I wanted to catch the last one. I didn’t think it would, but it did make me feel tearful. Good memories

We sat down to watch the recording, we turned it off after 5 minutes. It was awful, we were all bored. I'm sure there were people that loved it but it wasn't for us.