Which Shop is Cheaper Lidl or Aldi?

I always thought that they were quite even but one of my friends told me that Aldi is much cheaper. I am not totally convinced

so I am wondering what do you guys think?

mso
2 years ago
What do you think of this?

My Lidl has rocked in price. It's just has dear has Tesco. I do not have Aldi. But you friend is right Aldi is cheaper. I now shop at a asda .

I think we stick with Lidl because my partner works there so we get 10% staff discount. However when I go into Aldi I’m always pleasantly surprised! I hate how Lidl is constantly discontinuing products its always the ones I love. I have always thought they were pretty on par though for price x

I'm not really near either, but if I'm passing I'll pop in to get a couple of cheap doughnuts

I thought this was interesting:

Morrisons was consistently the cheapest for a basket of goods, according to new data, although there wasn't much difference between the 'big four'.

Throughout 2017, Which? monitored the price of a basket of 75 branded goods at the six major supermarkets – Asda, Morrisons, Ocado, Sainsbury’s, Tesco and Waitrose.

However, the comparison did not include discount Aldi and Lidl as they do not sell the same branded items.

Morrisons was the cheapest throughout the year with an average price for the 75 items – that includes everyday items such as PG Tips teabags and Warburtons bread – of £142.76.

It only took the top spot by a matter of pence with Asda, 2016’s cheapest supermarket, having an average price of £142.80.

The most expensive supermarket in 2017 was Waitrose, where the same goods cost £11 more than at Morrisons, with a total price of £154.01.

Which? used data from MySupermarket to monitor prices, including discounts but not multibuy reductions for all 75 items across 2017. The prices were added up to give an average cost for a basket at each supermarket.

My nearest Aldi is too far away to shop at every week and our local Lidl is really small, so don't shop there (I am thinking about going in to try their baby range as I have heard it is good), but I shop at either Tesco or Morrisons and as I don't buy brands, only supermarket own or value products, the savings at Aldi/Lidl aren't actually that much for me, plus I would still need to go to Tesco/Morrisons to get certain things.

My friend shops at Aldi alot and she says that it is much cheaper than lidl.

I have to say I am quite surprised with the responses. I really thought that Lidl was well out there as a cheapest shop. The only think I always thought that their prices like to jump unexpectedly on random items, I am guessing that only due to the popularity of them.

I personally think Aldi is better. And I’m definitely not Shopping in Lidl again after what I read yesterday 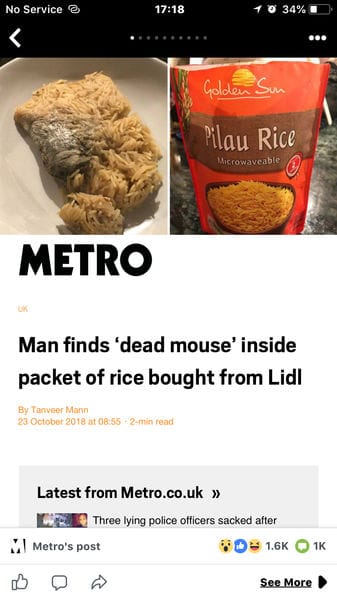 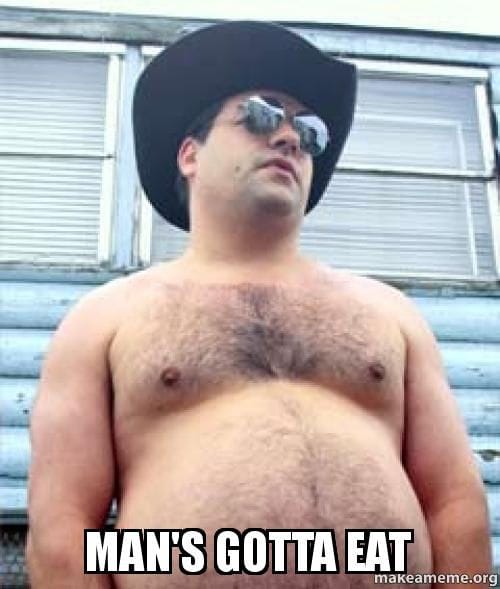 Rockman that was super funny 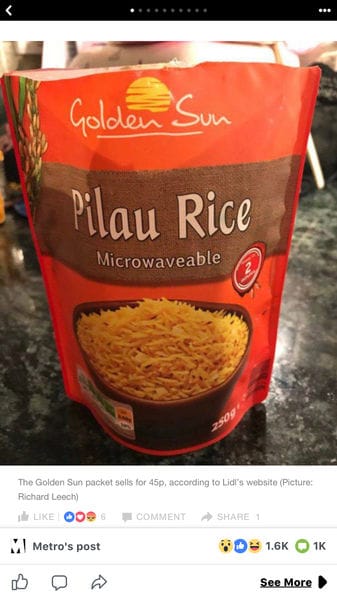 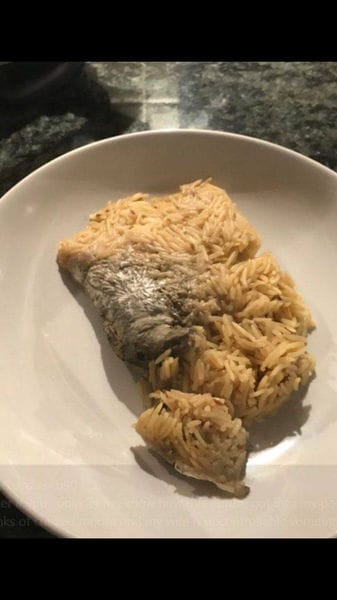 OMG this literally turned my stomach

This may make me feel different about shopping at Lidl.

RegularComper90 you made me laugh after reading the story about the mouse. Then I seen what you put. Could not stop laughing.

Oh no this gawd im thinking twice what i buy now. Plus i will be really feeling the packaging from now on in Yuck !!!

I ve got to say aldi as lidl seem to constantly change thier stock and prices. But lidl in my town has a bigger store floor. Aldi aleays have what i need. No i havent bought a tent yet ha ha

Aldi and LIDL are kind of cut from the same cloth. They sell very similar products with slight differences here and there so the customer needs to know where to buy it from.

Farmfoods is good though it lacks in several areas which Aldi/LIDL cover.

Rockman I think I’ve only ever been to a farmfoods once and I was not impressed - it reminded me of Iceland. It’s perhaps good if you want to stock up on bulk loads of frozen stuff, but I tend to shop on the go, so Lidl and Aldi suits me fine (the promos they change on a weekly basis is clever, as it does see, to lure customers, even though the good stuff always goes very quickly)

I also prefer Aldi but there’s a Lidl’s closer to me.

It depends on the products specifically, not necessarily the store.

Plus, just because it's a bit cheaper doesn't mean it's as good as the other brand.

Meat in UK for me just never tasted anywhere near as good as I'd get in Portugal or Spain. And it has a weird smell, it's said that it's a way to preserve it or something.

Oh, and don't even get me started on the chicken shops around every corner. lol

Never liked fish and chips as a combination yet millions seem to love it, even more with vinegar. Ugh.

Lol that’ll be me - chips with lots and lots of vinegar, to the point where the bottom of the bag is soaked right through!