Do You Think We Will Still Have an High Street in 5 Years Time ?

Plus with the increase in online shopping plus how much easier to shop in our of item n shopping centres due to parking. I don't think the high street will exist in its current format, I think there will be more independent stores that offer something unique. 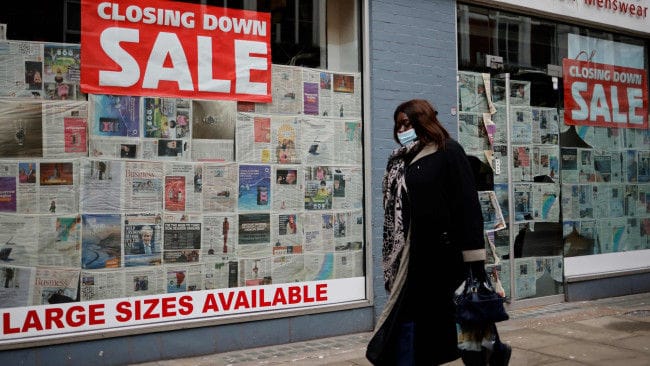 beccatavender
2 weeks ago
What do you think of this?

I personally doubt we will have a high street left

Its a shame but everything will eventually be online

People still want to go out shopping so I doing think it will die off totally. I hope that town centres are clever enough to introduce more different shops and also convert old shops into housing which will also keep people in an area. nothing worse than large shopping centres or high streets with lots of empty shops. Making the High Streets smaller and more mixed with more on street seating / eating can all help.

Yes that is a big problem S

Yes I do, but more cafes and restaurants than retail.

No I don't think we will, what with lockdown and more people shopping online high streets are rapidly changing and not for the best.

Everything shall go online for many reasons especially with the pandemic. Shops will become almost a novelty.

A town close to me is demolishing a big shopping centre and empty hotel, to create a big park from the river up to the high street. It will be an outdoor venue. I think they have realised that two shopping areas is too much, and are evolving so the high street still has a use. Other towns will have to change, as I can’t see shops filling all the available units.

i personally doubt it they like to track everything and i believe it will be a cashless world soon.

I live in a small market town and most of our town are hairdressers and off licences, specialist beer, whisky and wine merchants, plus a couple of independent bakers and butchers.

It's quite easy for the government to create a tax structure that favours high street shops and we need to move towards more refurbishment and secondhand goods which really has to be local. If we are going to take global warming seriously and our huge debts and trade deficit we have to favour the high street. It does huge damage to our economy when online shopping is monopolised by companies like Amazon and ebay. Tax incentives for selling local goods, s/hand etc and putting much higher tax on final delivery services. Ultimately the solution needs to be political.

I agree that the government can and should make changes to the tax to encourage more local high street shopping but many of us are here because we like a bargain, and Amazon especially does come up with the goods more often than not. As much as people complain about them they do get so much right that we expect other retailed to match them and its really disappointing when they dont. High delivery prices, long delivery periods, or no control over when they are likely to arrive, all things which drive me mad when other retailers cant match Amazon. The problem is that the only way to really start to level the playing field will be to make Amazon worse - or more expensive - then we the customers are the first to feel it.

didbygraham I don't have prime so I'm regularly punished by Amazon with late deliveries. I've had quite a few deliveries taking around a month. This may be because when I ordered stock was low and they favoured prime members so I had to wait for the next stock delivery. I actually feel other online companies are faster. Slowest of course is any supplier based in China which normally takes about 10 days at least.

Obviously if the way taxation was changed it would be much harder for Amazon to provide bargains. As it is Amazon pays much less tax than the high street stores but imagine if they paid slightly more overall then prices would look very different. You might have a choice between convenience of online shopping vs cheaper high street shopping and I personally feel that is where the tax situation should be. Still giving Amazon and other online stores the convenience advantage but not pricing. Online is more environmentally damaging so we need to make that more niche.

There are already a lot less large department stores around. But, I still can't see the high street disappearing completely. It will evolve over time. Most people won't want to be cooped up all day. There will still be shops, restaurants, etc that cater to them. Even internet based companies like Amazon and Google have started opening physical stores.

Where I work in a small high street, we have two stores closing in the next few weeks. What will be left is independent stores that goods cost a fortune. Some coffee shops and a newsagents. I work in a pharmacy so that’s staying as it’s the only one in the town.

It’s sad to see high streets diminishing, do like a good browse rather than online shopping.

I think that's the way things are going, I like independent shops but as you say their prices are high due the overheads. But I don't want to be spending a £5+ on buying a bar of soap

beccatavender Shops like supermarkets and discounters like poundland on the high street are much cheaper than online for the same products. Some items are too low value to be effectively sold online from a central warehouse like Amazon i.e. normal food products, bulky low value items. It's really small high value items that are more effectively sold online, electronics, video games etc. Then you have appliances which are bulky but high value so pretty much have to be delivered anyway either from a local shop or online.

Some things shouldn't be bought online by some people. An example being children's bicycles. The bicycles coming from Amazon or ebay need setting up and some people aren't mechanically minded so they set the bike up incorrectly which can be dangerous to the child. Such products are better bought from Halfords or local independent bike shops where they are set up for the customer and often they will give a free service after a month or so just to make sure the bike is in a safe state. Yes you can buy a bike from Amazon and then take it to your local bike shop for service but that often works out more expensive with a worse bike for your money when you factor in the charges at the bike shop.

A bar of soap is going to be a lot more expensive from ebay or Amazon than just wandering into Tesco.

It's so sad that all the shops are disappearing. Town is always really busy when I go not that I go much anymore. But I do think that all the lockdowns have changed some people's habits. I hope they don't all shut as that's people's jobs, and it's much nicer to buy clothes in a shop, as you can try them on , and don't have to pay postage both ways if they don't fit