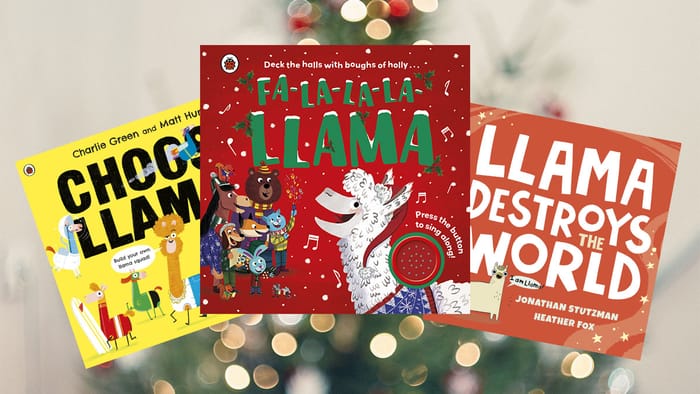 Win These Books All about an Adorable Animal

Shared by ClaireF1978
2 months ago
Comment
Save competition
5 comments

Christmas and llamas go together like mince pies and mulled wine.

Well, even if that's stretching the truth just a little, we think that every child's Christmas will be immeasurably improved by adding a little llama to the party. That's why we're giving away these three fabulous books:

Choose Llamas by Charlie Green and Matt Hunt, which allows you to build your very own llama squad

Fa-la-la-la-llama from Ladybird: a fun sound book, based on the song Deck the Halls – but with llamas

Llama Destroys the World by Jonathan Stutzman and Heather Fox: all about a llama who loves cake

But don't delay: we're only running this competition until 11pm on Thursday, 5 December. Good luck!

Name the llama and fill in your details to be in with a chance of winning.

Books
What do you think of this competition?

Track the competitions you enter