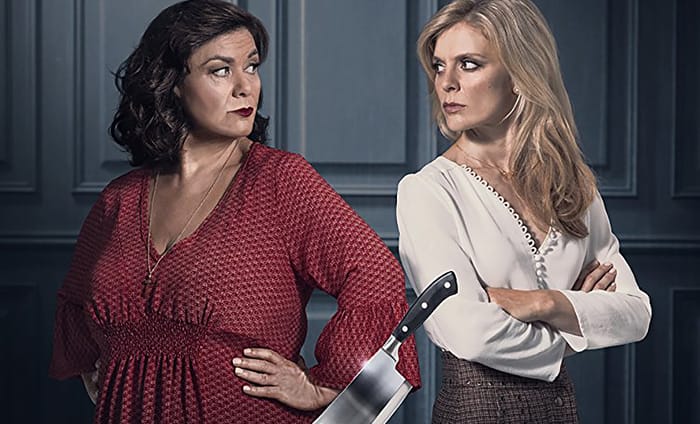 Shared by amandawinner88
3 years ago
Comment
Save competition
4 comments

Following the hugely popular first series, Sky One serves up a second season of Delicious, one of its most successful series, bringing the perfect pairing of Dawn French and Emilia Fox back to our screens. Series One and Two are due to be released on DVD on 5th February, courtesy of Acorn Media International.

We have THREE ‘Delicious’ Series One and Two box sets to give away!

Series Two finds us back on the tranquil, stunning Cornish coastline and at The Penrose Hotel, run by Gina (Dawn French), the ex-wife of the recently deceased head chef Leo Vincent (Iain Glen), and Leo’s widow, Sam (Emilia Fox). Gina and Sam’s shaky friendship has endured so far and with business booming it’s now time to take on a new chef.

But there’s trouble brewing and this delicate balance comes under threat, not least when Gina’s estranged father arrives out of the blue. More surprises from the past, along with the impact of Leo’s legacy, put a further strain on Gina and Sam’s fragile bond. Can they ever be true friends and business partners?

The stellar cast including Sheila Hancock, Tanya Reynolds, Franco Nero and Ruairi O’Connor, all make a welcome return and Aaron Anthony joins the cast as the new recruit at The Penrose.

Make a reservation with this darkly Delicious drama.

Box Set
What do you think of this competition?