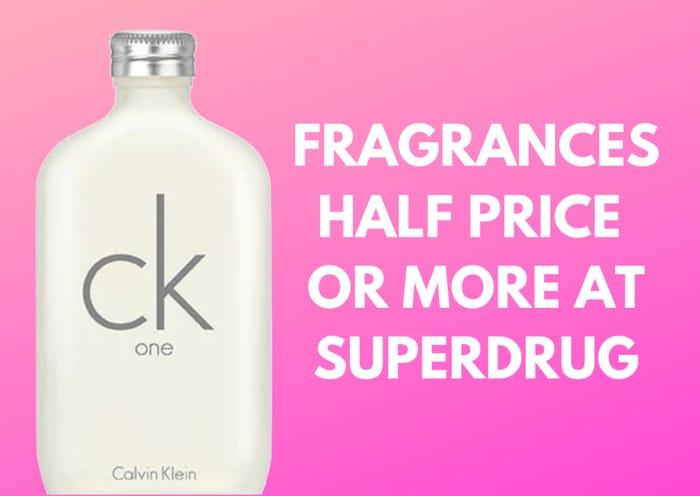 20+ Fragrances Half Price Or Less At Superdrug 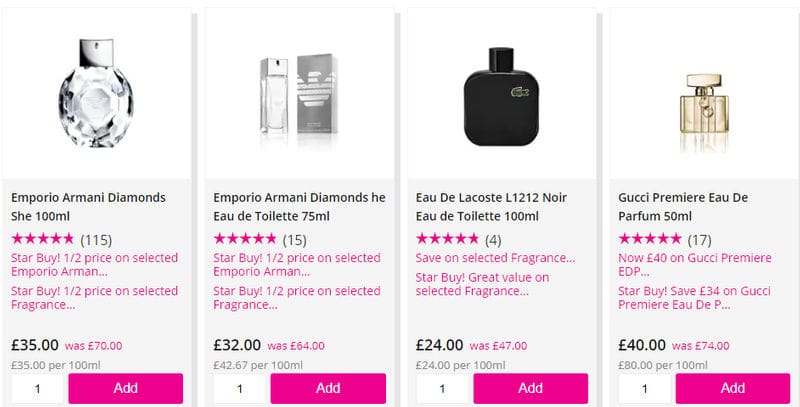 I just spotted about 20 HALF PRICE (or better!) fragrance deals at Superdrug - Even better there's FREE DELIVERY when you spend £15 or more (i.e. free delivery on almost all of these deals) or you can Click & Collect in store for FREE as well if you prefer!

I've sorted the best deals A-Z below, so it's easy to spot your favourites.

A great opportunity to get a few Christmas presents early at a lovely, big, fat, discount. I love a bargain!

HALF PRICE FRAGRANCE DEALS AT SUPERDRUG

We have 5,916 Superdrug deals and 87 Superdrug discount codes on Latest Deals.

What do you think of this Superdrug deal?

glad that this offer still on..

Thanks for this Johnny. Will have to stock up on a few x

Love my perfumes might buy a couple as such bargains

Thanks for your nice comments everyone

I bought the ted baker pink one for my daughter last year she loved it. It smells really nice too

I think you mean the 'Ted' Baker pink one! Good to know, thanks!

This extra 15% off (online only) deal is back on again at Superdrug today. Please can you give this post a date refresh. Thanks!

Thank you Johnny -a good time to get Xma,s gifts ready at these prices ☺

Some good discounts on offer - will have a browse. Good find - thank you for sharing.

So many good deals on perfumes these days! Love it, thanks for sharing

That's my Christmas present sorted - well, I have to treat myself

Thanks for sharing this otherwise I would've missed it.

Just in time for early xmas shopping...thanks for sharing!!!! Definitely some good deals at half price. Great stocking fillers x

Will definitely be having a look at this sale. Thanks for sharing this

Nice one, thanks for sharing! Loads to choose from and just the right time to prepare for Christmas

This is a great deal, there are some of my favourite ones on there. Thank you for sharing

Shame there isn't much on offer that I like. Thank you for sharing this though

Check out the half price Boots fragrance deals too:

Some little steals !! Thanks for sharing

Great offer, just in time to buy a few stocking fillers, thank you for the share

Know what I’ll be doing today