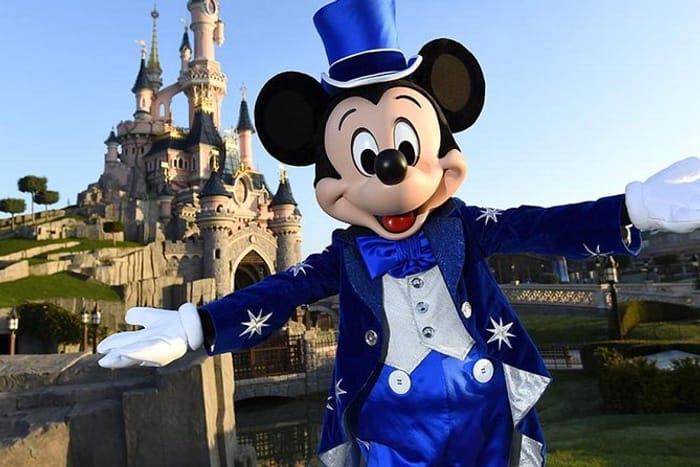 With this OMG Experience you'll be visiting the cosmopolitan capital of France, Paris. The highlight of your stay will be your visit to Disneyland Paris.

So imagine a Land where the wonderful world of Disney comes alive. Imagine a Disneyland

Park, where make believe is real. And Walt Disney Studios

, where fun and entertainment stay open day and night. Welcome to Disneyland

Paris. A destination like no other. So come live the magic.

You can choose from either one of the below parks or both from the options section:

In a magical kingdom not so far away - somewhere between a place where you wish upon a star and dreams come true - classic Disney heroes and heroines live once upon a time in fairytales that are, happily, never ending. Welcome to the storybook world of Disneyland

Park. Ready to live a tale as old as time? Dust off your wings and take flight into Fantasyland. A place where you’ll believe in make-believe. Where Disney princes and princesses are real.

Turn the page, charter a course into the past and live extraordinary visions of the future in Discoveryland. From The Earth to the Moon and Back. 3-2-1- blast off! Mission complete! Happy endings are just the beginning at Disneyland

Step through the Studio Gates and let your imagination soar. Time to immerse yourself in the never-ending, always-fascinating world of movies, animation and television.

Act one: Front Lot – “Make up! Wardrobe!” You’re on-set at Disney Studio 1 for the shooting of a motion picture production. It’s your moment to shine!

bursts to life. Live legendary Disney moments in the theatrical world of illusion at Animagique. And take flight on Flying Carpets over Agrabah

As you''ll be staying in the heart of Paris you can take time to enjoy wonderful historic monuments such as the Eiffel Tower possibly the most iconic man-made structure in the world. Maybe climb 284 steps to the top of Arc de Triomphe and gasp at the breathtaking views or visit the famous Moulin Rouge which has seen many stars, musicians & actors pass through its doors over its awe-inspiring 120 years of existence. Paris is most definitely a destination unlike any other.

You'll be able to wander in and out of museums, cafes, markets, beautiful gardens and enjoy the romance of the city.

You'll be staying for a choice of either one, two or three nights in a luxury 4-star hotel, perfectly located in the heart of Paris for the full enjoyment of everything that Paris on offer.

You'll be able to unwind in the comfort of your beautiful room, refresh in your en-suite bathroom and wake up to a lovely breakfast each morning.