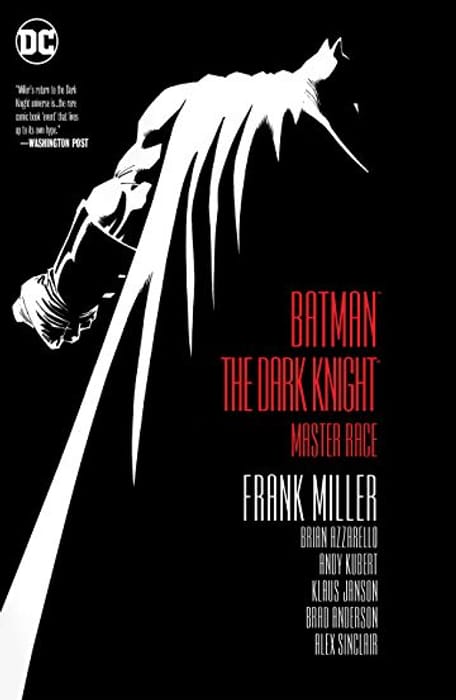 It’s been three years since the Batman defeated Lex Luthor and saved the world from tyranny. Three years since anyone has seen Gotham City’s guardian alive. Wonder Woman, Queen of the Amazons…Hal Jordan, the Green Lantern…Superman, the Man of Steel…all of the Dark Knight’s allies have retreated from the front lines of the war against injustice.

But now a new war is beginning. An army of unimaginable power led by Superman’s own daughter is preparing to claim Earth as their new world.

The only force that can stop this master race—Batman—is dead.