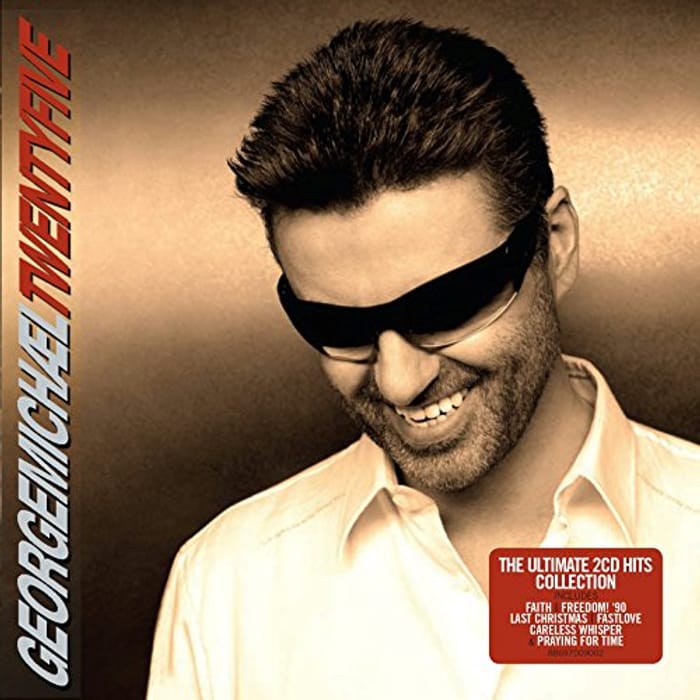 2006 two CD collection celebrating George's 25 years as a recording artist, both solo and with Wham! He has been British Pop royalty ever since he took the charts by storm with Wham! In 1982. He's been a solo star for over 20 years, achieving huge international success, selling over 80 million records worldwide with hits like 'Faith' and his most recent acclaimed album Patience. He has since been hailed as the Most Played Artist on British Radio in the last 20 years! Features plenty of hits pulse three new songs including the recent radio favorite 'An Easier Affair', 'Heal the Pain' (a duet with Paul McCartney) and the brand new single 'This Is Not Real Love', a duet with Mutya Buena, former member of the Sugababes. 29 tracks. Sony/BMG.

The last quarter-century has been nothing if not colourful for George Michael. But through all the controversy -- the high-profile arrests and audacious videos, the fall-outs and band splits - he has emerged intact as a vital figure on the global pop scene - a fact compounded by his current 25 Live tour and this accompanying Greatest Hits package. Twenty Five is the fourth such collection in Michael's career, though it carries the obvious advantage of being more up to date than 1998's lauded Ladies & Gentlemen and features not only solo material but music from the early Wham! days. As such, it's the most comprehensive anthology yet, featuring upbeat Wham! classics like "Wake Me Up Before You Go Go" and "Freedom" amidst sombre solo material like "Praying For Time" and "Jesus To A Child". Spread across two discs (29 songs in total), the collection not only includes a host of evergreen classics but also recent singles "An Easier Affair" and "This Is Not Real Love" (with former Sugababe Mutya Buena) and two unreleased tracks. There are some notable absences from the collection  "I Want Your Sex" and "Kissing A Fool" are two glaring omissions  but it still remains the most comprehensive survey of the artist's legacy to date. --Danny McKenna

Aww just missed out on this one! It won’t let me add it to my basket! But thanks for sharing!

Great price indeed, thanks for sharing! Would make a nice Christmas gift for his fans.

£2.79 with delivery (used) on the Amazon marketplace. CDs are generally in very good condition either way so I don't see this as that fantastic of a price drop.

If it's because of "free" MP3, you can just do that yourself and actually get superior digital music rips by ripping it in FLAC (or AAC if you prefer compressed). MP3 is outdated.

Brilliangmprice for this thank you so much for sharing x