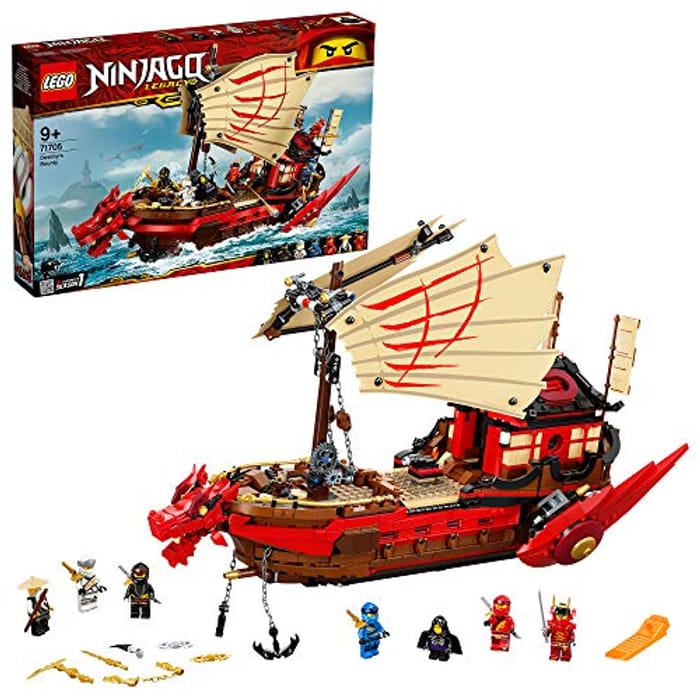 Features a buildable battle ship, an updated version of the NINJAGO boat from the TV series season 1 with many re-movable parts & functions

It features a detachable room, dropping anchor, moving sails and rotating engines; rotate the engine to reveal boosters on each side

Kids can remove and unfold upper house for secret ninja training room with golden weapons, to prepare for battle on the ship’s deck

My cousin son love lego item he buy lot of lego so this very good gift for birthday. Thanks for this item

Looks like a great set this, used to collect Lego as a child and there's some really cool sets about now

My son would love this . He got so much Lego for Christmas and it was so expensive so this is a bargain price.

As a fully grown adult I would love a big lego set like this, don't think I can justify the £80 though