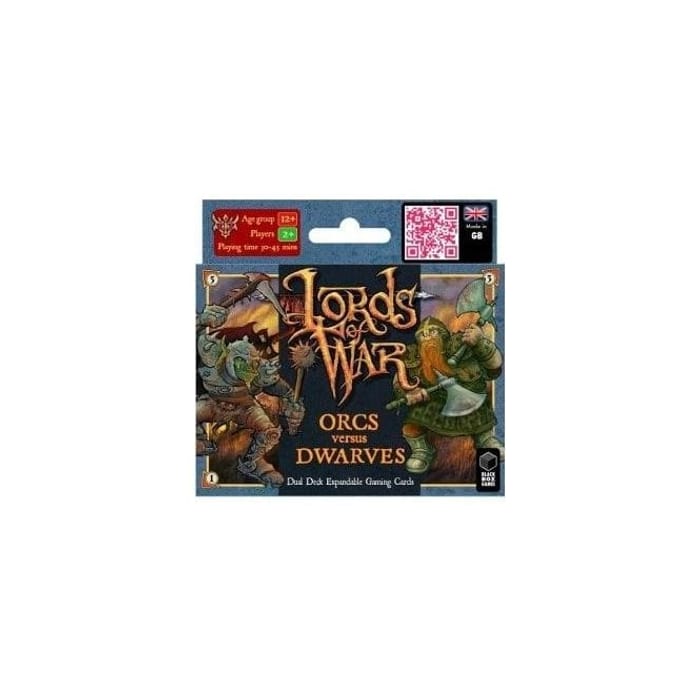 Available from Chaoscards
£3£12.95
1 person likes this deal
Get Deal

Lords of War: Orcs versus Dwarves is the original award-winning Lords of War pack. As with all Lords of War core decks, the game is playable out of the box and contains two complete armies - the Orcs and the Dwarves.

These factions are differentiated by their exclusive cards and strategies; the Dwarf faction plays more defensively, using some Ranged cards and powerful Berserker units to pick-off assailants, while the Orc army encourages players to attack more vigorously, often committing kamikaze moves to their tactical advantage.

Lords of War: Orcs versus Dwarves is cross-compatible with Elves versus Lizardmen and Templars versus Undead, meaning that all the Lords of War armies can be used to battle one another.

The armies can also be blended together, using a strict Ranking System, to create Mercenary decks for tournament play.