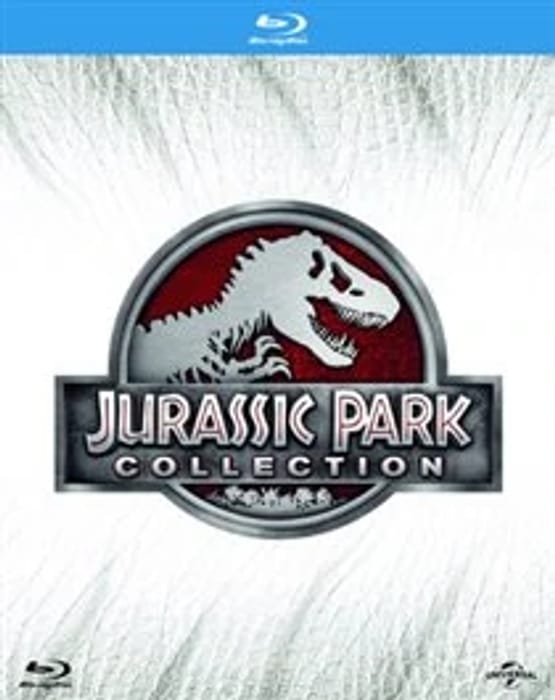 Available from Rarewaves
£5.90
8 people like this deal
Get Deal

Description: All four films from the 'Jurassic Park' franchise. In 'Jurassic Park' (1993) eccentric scientist John Hammond (Richard Attenborough) plans to open a theme park consisting of live dinosaurs, genetically engineered from DNA found in a preserved prehistoric mosquito. Archaeologists Alan Grant (Sam Neill) and Ellie Sattler (Laura Dern) are invited to view the park, along with chaos theory expert Ian Malcolm (Jeff Goldblum), only to find themselves being hunted when the dinosaurs break free. In 'The Lost World - Jurassic Park' (1997) the action takes us four years on from the events of the previous film, when dinosaurs have bred on the neighbouring site of Isla Sorna. Park founder John Hammond gets back in touch with Ian Malcolm and asks him to join his girlfriend Sarah (Julianne Moore), who is already on the island, hoping that together they might be able to explain recent events there. But they are all unaware that a rival expedition is on its way to the island with plans to capture the dinosaurs and take them back to the mainland. 'Jurassic Park 3' (2001) sees Dr Alan Grant approached by the Kirbys (William H. Macy and Téa Leoni), a wealthy couple who want a guide to escort them on a flight over Isla Sorna. Grant agrees to take the flight; but almost as soon as they are over the island, the Kirbys move the goalposts and attempt a landing. It seems their son got lost on a previous visit and the Kirbys have mounted this expedition in order to get him back; nevertheless, it's not long before a dinosaur attack disables the plane and the rescue party finds itself stranded and at the mercy of the island's prehistoric inhabitants. Finally, 'Jurassic World' (2015) picks up 22 years after 'Jurassic Park' (1993). Isla Nublar, located off the Pacific Coast of Central America, has been reopened as a dinosaur theme park. In order to boost attendance, operations manager Claire Dearing (Bryce Dallas Howard) asks the park's geneticists to create genetically modified hybrid dinosaurs - the latest product of their experimentation being the Indominus rex. But when the Indominus rex escapes and begins killing other dinosaurs for sport, it's left to park staff member and behavioural researcher Owen Grady (Chris Pratt) to clean up the mess.