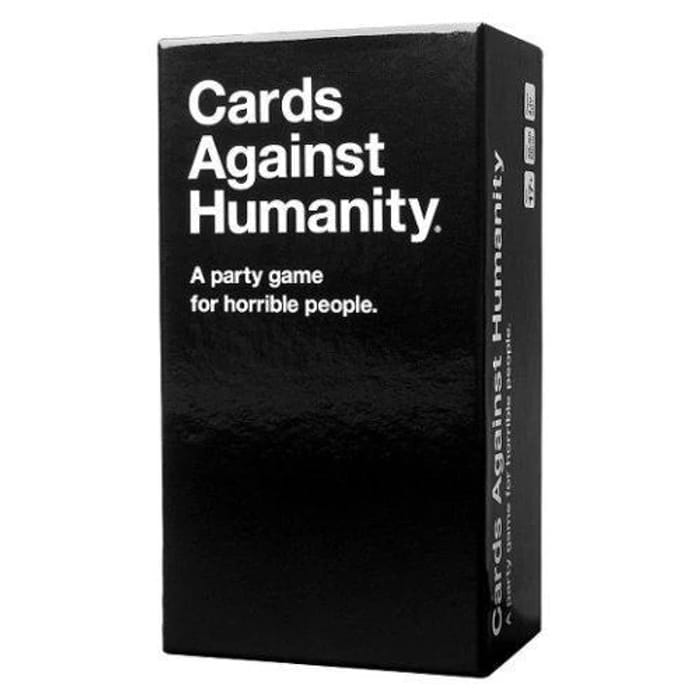 The game is simple. Each round, one player asks a question from a Black Card, and everyone else answers with their funniest White Card.

Reviews of Cards Against Humanity:

"The game your party deserves." - Thrillist

Cards Against Humanity is a party game for horrible people.

Adapted from the US edition to suit your outmoded culture.

Squizzas
All Squizzas deals →
All Squizzas discount codes →
Reviews
Sorry, no reviews yet.
Add review
Comments
What do you think of this?