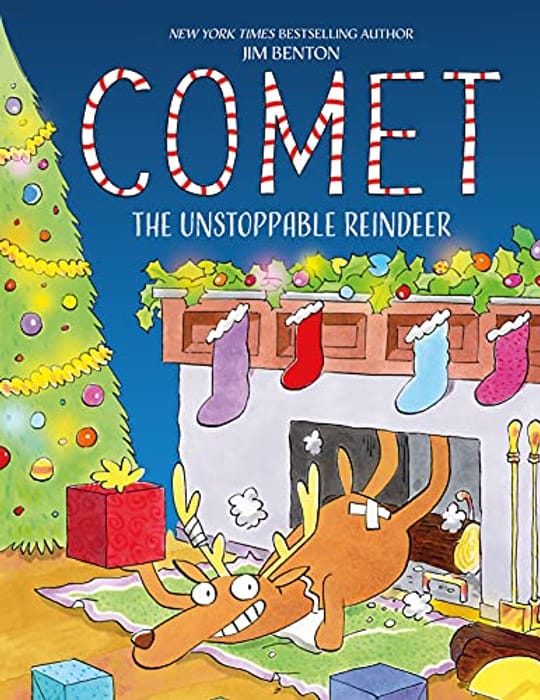 From a New York Times bestselling author with over fifteen million books in print, the hilarious story of an injury-prone reindeer who saves Christmas.

It’s the night before Christmas, and Comet is ready…until he’s injured in an unexpected elf incident and replaced by a rookie named Freddy.

Comet can’t believe his bad luck. Then he realizes something even worse―in all the confusion, Santa has left the toys behind and isn’t answering his phone. Injury and all, Comet sets out to deliver the presents, crisscrossing the globe from Japan and Egypt to France and Cleveland. After a run-in with a goose, a near miss with a minivan, and too many chimney crash landings to count, can Comet hobble his way into pulling off a Christmas miracle?