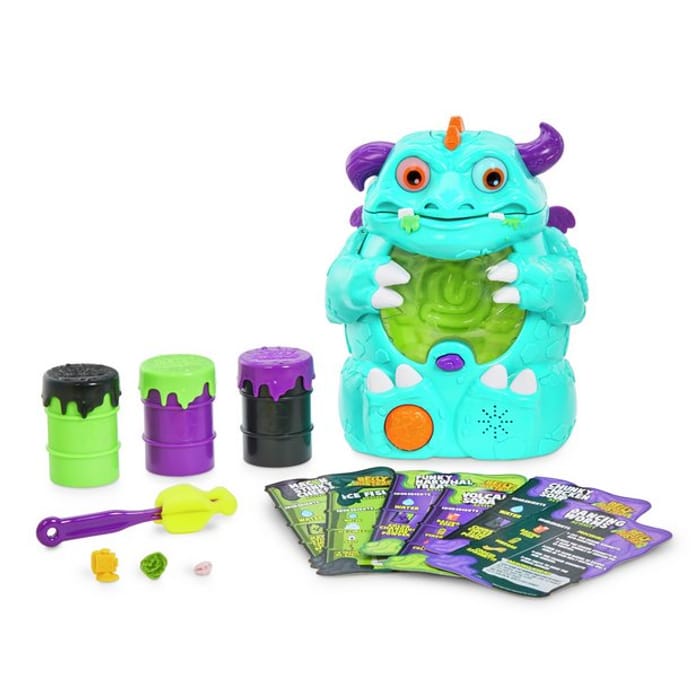 Add to Your Wishlist

Mix your very own slime with the Crate Creatures Belly Buster. Choose from the 3 slime powders included, add water and watch as the slime starts to churn in his stomach while he flaps his wings. Press his belly button to make the slime bubble up, then remove and extrude from various body parts. Put slime in Belly Buster's arm, tail, head, and nose and watch it ooze out. Belly Buster will spin his eyes and burp when his horns are swivelled and mouth opened.

Squish the slime under Belly Buster's arm for funny armpit farts, squeeze from his head and tail, and make it come out his nose - Belly Buster has loads of disgusting places to put slime through.

For ages 36 months and over.

this guy is to cute! thanks for sharing