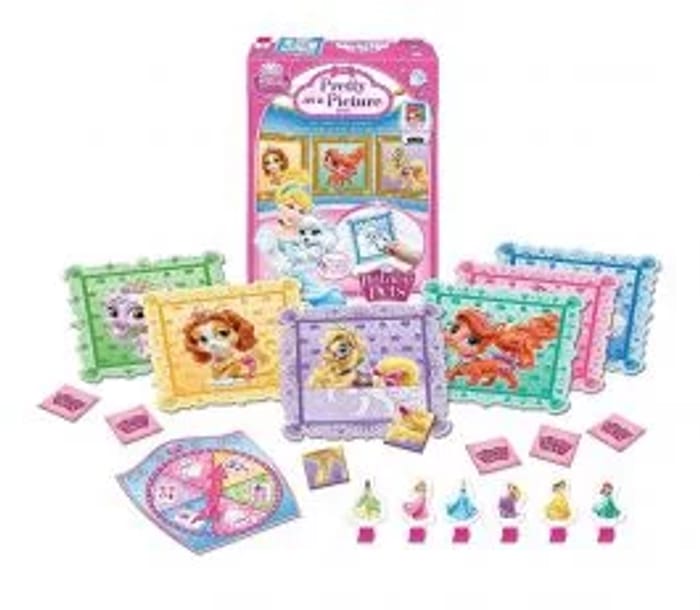 Available from Thisisitstores
£3.99£9.99
12 people like this deal
Get Deal

It’s party time in the royal gallery and a pretty Palace Pets portrait is the party prize. Move your favourite Disney Princess from portrait to portrait as they’re created piece by piece. If you land on a finished portrait first, you win! The game includes 6 portraits of favourite Palace Pets, including Treasure and Blondie. Disney Princess playing pieces include Ariel, Tiana and Belle.

On your turn, spin the spinner

Piece together the picture. Which will be finished first?

Move from picture to picture – land on a finished portrait to win!

Suitable for ages 3 years and over

Free standard delivery when you spend over £40, otherwise it is between £3.99 and £9.99 depending on the size of the item.

The information above may be temporarily incorrect because of coronavirus. Please check with Thisisitstores.

We have 66 Thisisitstores deals on Latest Deals.

What do you think of this Thisisitstores deal?

This looks so nice. Wow. Lovely deal posted. Have ordered one for my little one.