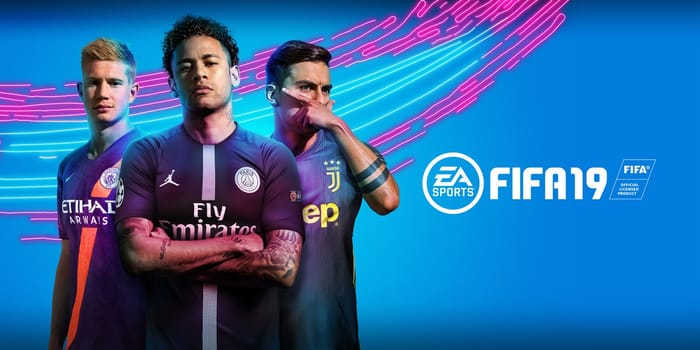 FIFA 19 delivers a champion-caliber experience on and off the pitch.

Play the pinnacle of club football across a variety of modes in FIFA 19 with official match presentation, breadth in tournament experiences, including UEFA Champions League, Europa League and Super Cup, and an all-new commentary team in Derek Rae and Lee Dixon.

, to authentic Career Mode integration, to an all-new standalone UEFA Champions League Mode, you can experience the greatest club football competition in the world no matter where you play in FIFA 19.

In-Match Experience: Immerse yourself in the most authentic football experience ever seen before on Nintendo Switch. Featuring distinctive team and player personalities, introducing official broadcast presentation for the some of the world’s biggest leagues, and elevating your ability to finish with the all-new striking overhaul.

Team and Player Personality: A deep set of authentic playing styles are introduced in FIFA 19 on Nintendo Switch. You will immediately recognize club AI match some of the world's best tactics, such as the tiki taka of Europe's elite or the high-pressing style famous in the Premier League. In addition, real-world movements will inform individual playing styles, allowing you to feel the life-like tendencies of the world's best.

Your FIFA, Your Way: Experience FIFA wherever, whenever and however you want. Connect to your television and play Single or Multiplayer, or take the same modes on-the-go.

Split Joy-Con Support: Built exclusively for Nintendo Switch, Split Joy-Con controls enables you to compete with your friends anytime and anywhere. Without any additional hardware, players can separate the Joy-Con controllers and enjoy multiplayer game modes at home, or on the go.

We have 316 Nintendo deals and 58 Nintendo discount codes on Latest Deals.

What do you think of this Nintendo deal?