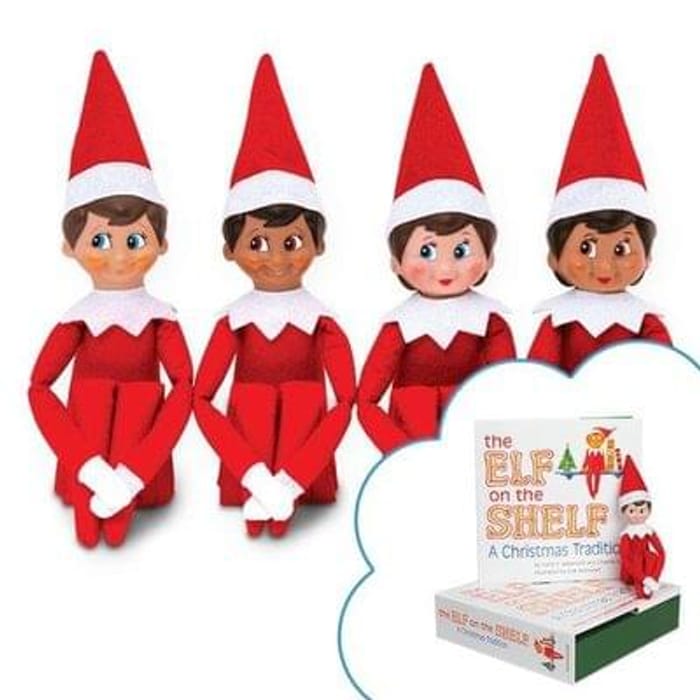 What is ELF ON THE SHELF A Christmas Tradition 2017? Where can I buy in the UK?

Available from Amazon
£25.76
14 people like this deal
Get Deal

The Elf on the Shelf - A Christmas Tradition is a children’s picture book and accompanying small pixie Scout Elf soft toy. The Elf on the Shelf becomes a hide the Elf (that’ll be your job every night!) – and seek the Elf (what your children will love doing every morning!) magical game the whole family can enjoy every day leading up to Christmas whilst creating their own special - and very fun - Christmas tradition every year. 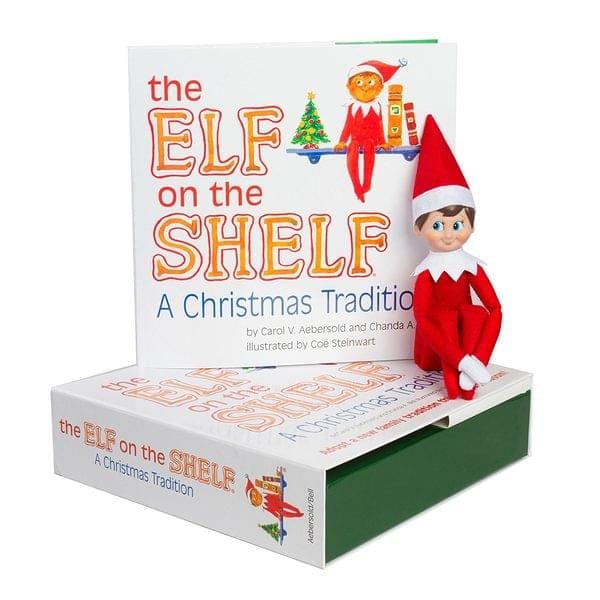 The Elf on the Shelf - A Christmas Tradition hardback book is beautifully illustrated and tells a Christmas-themed story, written in rhyme, about how Santa sends a Scout Elf (included) to every home, in the month leading up to Christmas Eve to help Santa keep an eye on who is naughty and who is nice. When a family gives their Scout Elf a name, the Elf receives its Christmas magic and flies back to the North Pole every night to report in to Santa Claus.

Before going to bed for the night, parents secretly move their family’s Scout Elf around the house and perch the Elf somewhere new, starting their own hide-and-seek game and creating a magical illusion for their children that their Elf flies to the North Pole and back every night to report to Santa about the day’s adventures, and of course, who’s been naughty and who’s been good.

By the time the children wake up, their Scout Elf has returned from the North Pole, and the children love to race around the house searching for him or her.

Have you seen the Elf this morning? I can’t find the Elf! Where’s the Elf hiding today?

The Elf on the Shelf - A Christmas Tradition has become a rather lovely family Christmas tradition worldwide, capturing the hearts of children and adults who love the Christmas magic of adopting their very own Elf.

Watch the Elf on the Shelf YouTube video here: 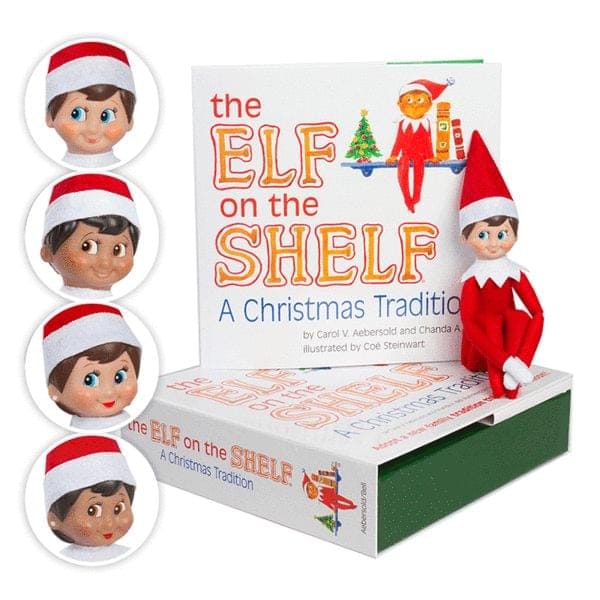 WHERE CAN I BUY THE ELF ON THE SHELF A CHRISTMAS TRADITION (BOOK AND ELF) IN THE UK IN 2017?

There are 4 different versions of ‘Elf on the Shelf A Christmas Tradition’ elves, and you can find all four versions for sale at Amazon.co.uk.

1. Elf on The Shelf A Christmas Tradition Boy Elf with Light Skin and Blue Eyes Amazon Price: £34.97 & FREE Delivery in the UK.

2. Elf on The Shelf A Christmas Tradition Girl Elf with Light Skin and Blue Eyes Amazon Price: £32.00 & FREE Delivery in the UK.

3. Elf on The Shelf A Christmas Tradition Boy Elf with Dark Skin and Brown Eyes. Amazon Price: £25.76 & FREE Delivery in the UK.

The Elf on the Shelf A Christmas Tradition gift set includes a Scout Elf from the North Pole, a beautifully illustrated hardbound children’s book and a keepsake box for easy storage.

HOW THE ‘ELF ON THE SHELF’ CHRISTMAS TRADITION BEGAN…

Back in 2004 Chanda Bell suggested to her mother, Carol Aebersold, that they should write down the story of their family’s magical Christmas tradition of having a small pixie elf visit at Christmas time.

Chanda had a hunch that other families would love their beloved tradition as much as they did. And what a hunch it proved to be!

But their book was turned down by every major, and minor, publisher they spoke to. Keeping faith with their idea and with a lot of determination and by maxing out credit cards, selling a house, and emptying a retirement account, Chanda and her mother managed to self-publish The Elf on the Shelf: A Christmas Tradition in early 2005, illustrated by Coe Steinwart.

Fast forward to 2017 and The Elf on the Shelf: A Christmas Tradition book and scout elf can be found in more than 11 million homes bringing the magic of Christmas alive around the globe!