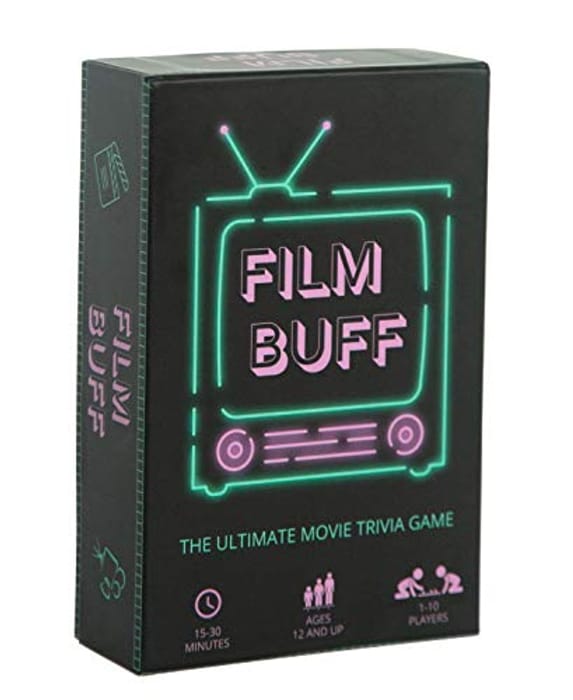 Film Buff is the brand new quiz game for all film-lovers. This funky retro box contains hundreds of questions and category teasers to test your knowledge on a variety of movie genres and Hollywood stars.

There are three categories of quizzing and bonus questions to pit yourself against your pals, or play solo and see if your score can reach Film Buff status!

Players compete simultaneously to name the top actors in a film, films by an actor, or actors with a given first name. It's trickier than it sounds! The more obscure your answer, the more points you score...but don't go too obscure or you could miss out completely! Risk meets geekdom in this fast-paced, fun-filled game for film fanatics.