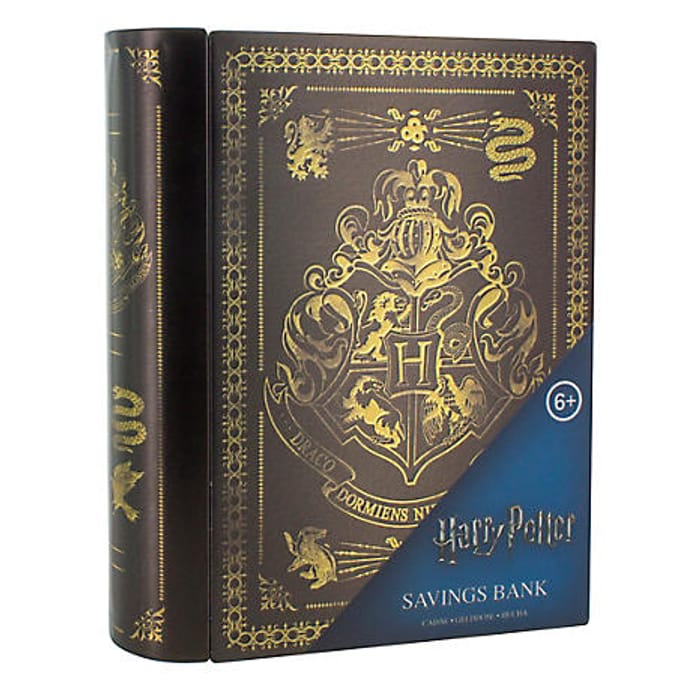 With the rising costs of tuition fees, even at schools of witchcraft and wizardry, there’s no better time to start saving, and no better way to do so than this rather splendid Harry Potter Savings Bank. Even safer than Gringotts Wizarding Bank, the Harry Potter Savings Bank is the perfect place to store any extra change or pocket money, whatever it is you’re saving for! Designed like a classic spell book from Harry Potter, and featuring the iconic Hogwarts crest. This metal savings bank has a slit at the top in which to insert coins, and makes a great, prudent gift for any Harry Potter fan.

First published in 1997, J.K. Rowling’s bestselling series of novels following the magical adventures of Harry Potter, Ron Weasley and Hermione Granger has since become a cultural phenomenon. A huge success in novel form, the world of witchcraft and wizardry was then given big screen treatment in 2001, launching one of the most successful blockbuster film franchises in cinema history. Harry Potter is instantly recognisable to millions of people across the world, and is hugely popular among fans of all ages.

What do you think of this Witt-international deal?