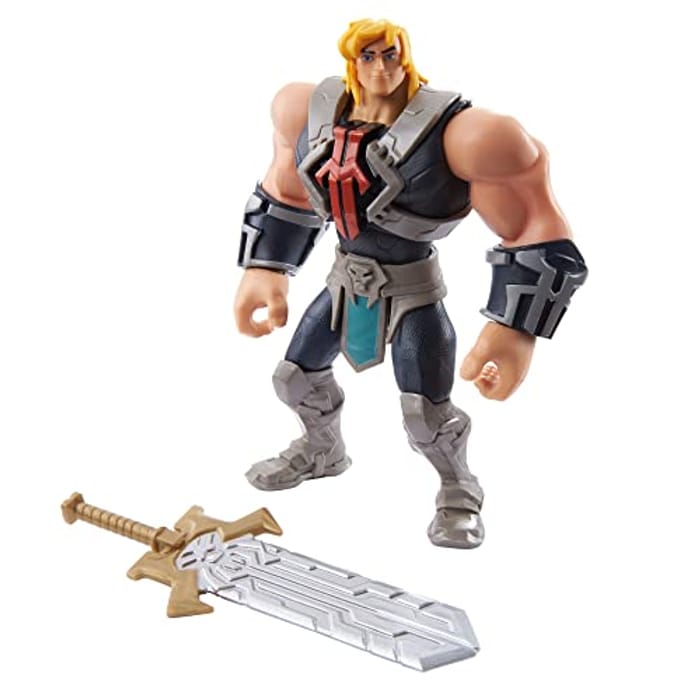 EQUIPPED FOR BATTLE. This He-Man action figure is ready to take on his opponents with armour for protection and an attack feature that will spark hours of storytelling funFIGHT EVIL VILLAINS. A spring-loaded attack feature inspired by action from The Masters of the Universe animated series means this He-Man figurine is ready for battleMOVING ARMS & LEGS. The 5.5" He-Man figure is able to act out epic battles with his ultra moveable limbs. He's ready to fight villains, enemies and other characters from MOTU to defend EterniaDEFEAT SKELETOR. Kids will love the power attack feature that moves He-Man's arms up and down so he can swing his Power Sword. Other Masters of the Universe character figures sold separatelyTHE PERFECT GIFT FOR KIDS 4+. MOTU fans can play out scenes from the animated series with this posable articulated action figure and battle attack feature that they can power themselves

Good price thanks for sharing this deal with us