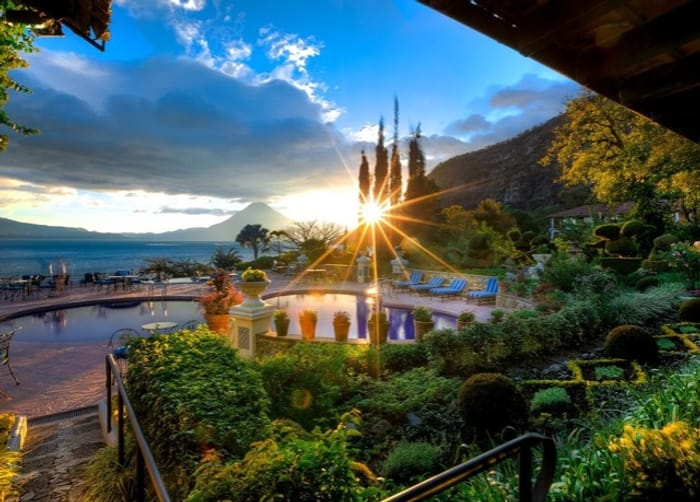 A 12-night adventure to discover the magic of the Mayans in Guatemala, Honduras and Mexico, with travel, guided visits to archaeological sites, city tours, a river cruise and more

Guatemala is one of Central America's gleaming jewels. Defined by its volcanoes, rainforests and ancient Mayan sites, it's a place that captivates turn after turn. This 12-night escape starts with a night in its energetic capital city, before a quick hop over the border into Copán, in Honduras, to see the sculpted stelae slabs, Mayan glyph-adorned stairway and impressive ball field of the Copán Archaeological Site - considered one of the most important in the Mayan world.

After a night in Copán, you'll head back to Guatemala to visit the Quiriguá Archaeological Park, located on the banks of the Motagua River. Then, you'll cruise the Río Dulce, stopping in Livingston to soak in the reggae music scene and admire the Castle of San Felipe de Lara from the water. Then, you'll transfer to Flores to spend the night, situated on an island on Lake Petén Itzá.

From Flores, you'll visit Tikal - considered the most important archaeological site of the Mayan world, built during the classic Mayan period. Star Wars fans may well recognise the vista; Temple 4 was used as a landing site for the Millennium Falcon in Star Wars Episode IV: A New Hope. Then, you'll transfer back to Guatemala City for a night, before moving on to Panajachel on Lake Atitlán, taking in the atmosphere of Chichicastenango market en route.

Over your time on Lake Atitlán, you'll visit the indigenous village of Santiago Atitlán, located between the volcanoes Tolimán and San Pedro, before transferring to Antigua - a former colonial city that's been declared a Cultural Heritage of Humanity and is considered one of the most beautiful colonial cities of America. Visit San Juan del Obispo and Santa María de Jesús and spend the night.

Finally, you’ll retreat to the idyllic Mexican coastline for a four-day, all-inclusive stay on the Riviera Maya. Spend your days stretched out on the white sands, taking refreshing dips in the crystal-clear ocean, or opt to head out for the day to the natural sinkholes, Chichen Itza Mayan ruins, or the Xel-Ha ecological park.

Please note that at the time of booking, your name must be filled out exactly as per your passport (including any middle names). This is in order to accurately book flights and for any required visa invitation letters.