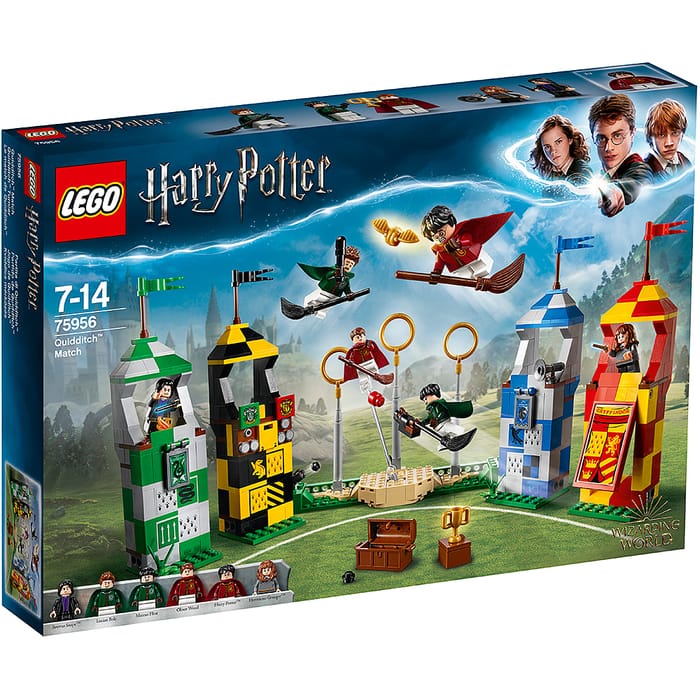 Sold and fulfilled by GAME

and win the Quidditch

Play the most exhilarating wizarding sport with this 75956 Quidditch

at the games, featuring Gryffindor

house towers with viewing stands and play feature functions, plus a base with Bludger stud shooter and 3 goalposts with a moving Keeper function to guard the rings. Use the broom's mounted shooting function to shoot the Quaffle through the rings and recreate the famous Quidditch games from the blockbuster Harry Potter movies, or make up your own fun challenges with this fun-packed LEGO Harry Potter toy.

house tower with scoreboard, and a base with 3 goalposts and rings, moving Keeper function and Bludger stud shooter.

, Bludgers and bat, and prepare to play!

using the pop-up fire function on the Slytherin

We have 891 GAME deals and 44 GAME discount codes on Latest Deals.