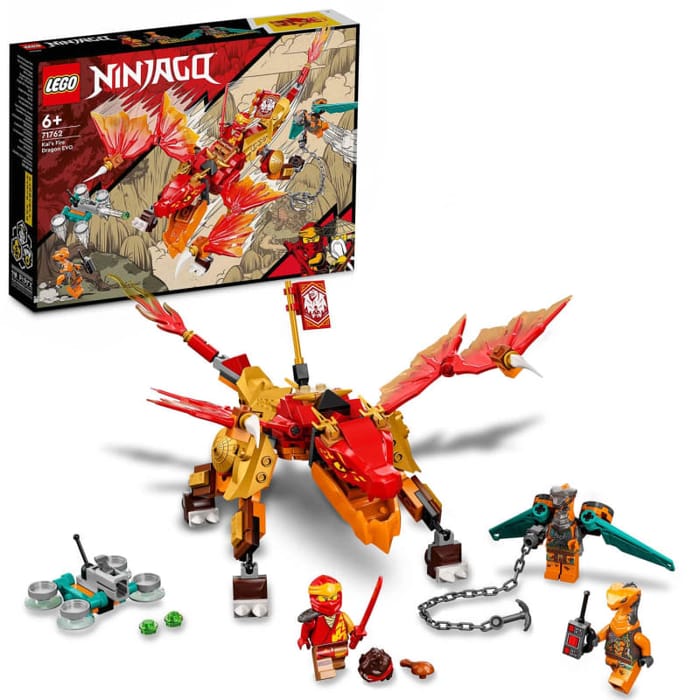 Give kids everything they need to enjoy action-packed ninja adventures with the LEGO Ninjago Kai’s Fire Dragon buildable set.

The dragon toy figure features a posable jaw, head, tail and legs and can also be upgraded twice to make it bigger, stronger and quicker!

This ninja playset includes 3 Ninjago minifigures: Kai armed with a sword and 2 Ninjago snake warriors - Boa Destructor controlling a shooting drone, and Cobra Mechanic with a jetpack and a gun that fires out a chain.

New: when kids defeat the ninja enemies and complete their mission, they are rewarded with a collectible banner!

Ninjago toys and figures lure kids away from their screens and into an enthralling world of fantasy action.

Here they can team up with their brave ninja heroes to battle the forces of evil through an extensive collection of building sets, including mech action figures, dragons and ninja temples.

When shopping in-store, use the free B&M app to scan bar codes and look for bargains. B&M reduces prices to clear without updating price tags. This creates the famous treasure hunt game. Wednesday morning is when they reduce new products and is the best time to go scanning.

Comments
What do you think of this B&M deal? Found cheaper elsewhere?