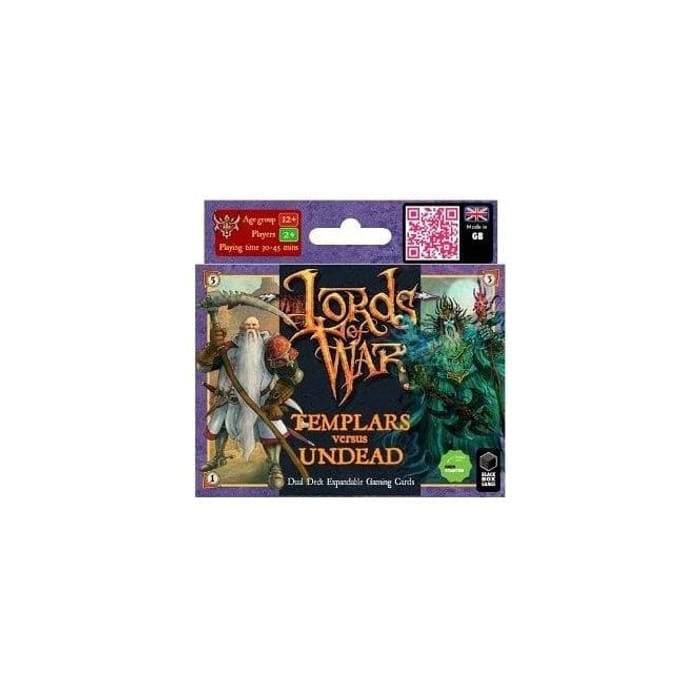 Lords of War - Templars vs Undead Board Game

Available from Chaoscards
£3£12.95
2 people like this deal
Get Deal

The third in the Lords of War: Fantasy Battles series, Lords of War: Templars versus Undead was funded by our fans and released in May 2014. It is currently a nominee for the UK Games Expo Award for Best Expansion Pack.

Like its award-winning predecessors, Templars versus Undead is a dual-deck strategic card game for two-plus players which sees fantasy races engaging in dynamic tactical card battles.

The Templar faction is based around a heavily armoured infantry and mobile palisades. The Undead meanwhile contain a stark range of defensive and offensive units, including zombies which roam across the battlefield.

Templars versus Undead is compatible with both Elves versus Lizardmen and Orcs versus Dwarves, meaning that all the Lords of War armies can be used to battle one another. The armies can also be blended together, using a strict ranking system, to create Mercenary Decks for tournament play.