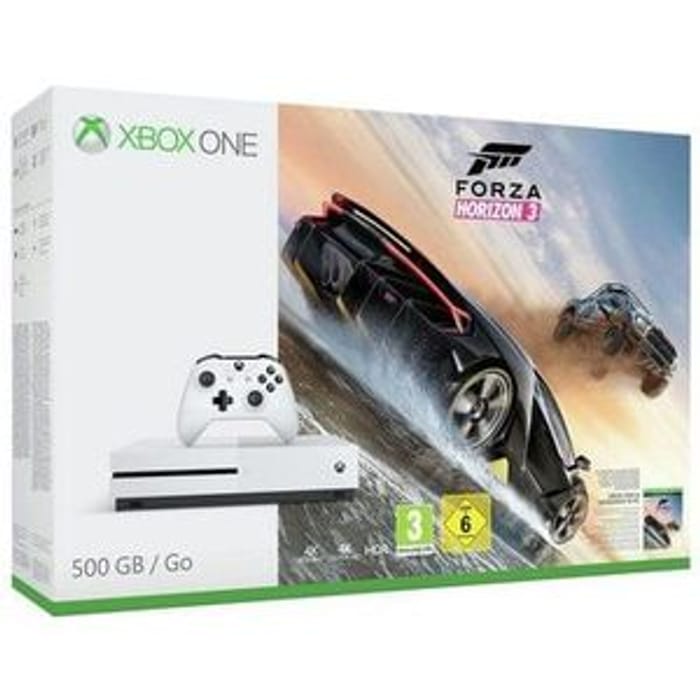 Available from Argos
£199.99
6 people like this deal
Get Deal

Own the Xbox One S Forza Horizon 3 Bundle (500GB), featuring a full game download of Forza Horizon 3 for Xbox One and Windows 10 PC. Experience the best-selling racing franchise of this generation on the only console with 4K Blu-ray, 4K video streaming, and HDR.

Explore Australia, the Horizon Festival's largest, most beautiful and diverse open world ever. Choose from an incredible selection of over 350 of the world's greatest cars, all in unrivalled ForzaVista detail. Includes a full game download of Forza Horizon 3 for Windows 10, so you can make shared progress across platforms.

Be the Boss of Your Horizon Festival. With the new Horizon Blueprint feature, you have the power to create and instantly share your custom gameplay. You can even hire friends to star in your festival and win you more fans. If they're not winning you fans, fire them!

Play over 100 console exclusives and a growing number of Xbox 360 games on Xbox One. Experience both generations of games on one console, with advanced features like Game DVR and in-home streaming to Windows 10. (Xbox One Backward Compatibility feature works with select Xbox 360 games, see http: //www. Xbox. Com/backcompat).

Store games and media with a 500GB internal hard drive.

Enjoy the freedom to play Xbox Play Anywhere games on both Xbox One and Windows 10 PC at no additional cost.