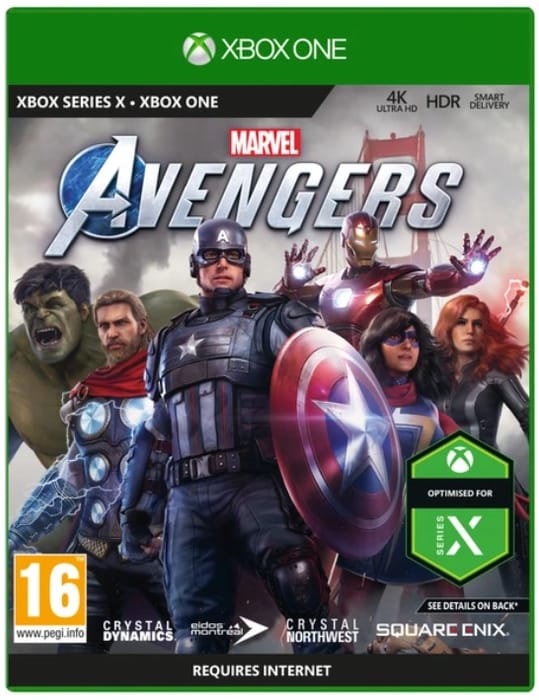 Marvel's Avengers leverages the Smart Delivery technology - buy the game once and play it on either Xbox One or Xbox Series X. Next-gen upgrade is available on March 18th.

Rebuild the Avengers before it’s too late in this cinematic action adventure. The Marvel’s Avengers Xbox One game features an original single-player campaign, solo battles and multiplayer online missions. Customise your heroes and harness their powers to defend the world from a new enemy: AIM.

Blamed for a catastrophic accident at the unveiling of the new Avengers Headquarters, the Avengers have disbanded. All superheroes have been outlawed, and the world is in peril. When New Jersey teenager Kamala Khan uncovers a shocking conspiracy, the only hope is to reassemble the Avengers.

Can you take down Advanced Idea Mechanics (AIM) before they unleash a deadly threat on the world?