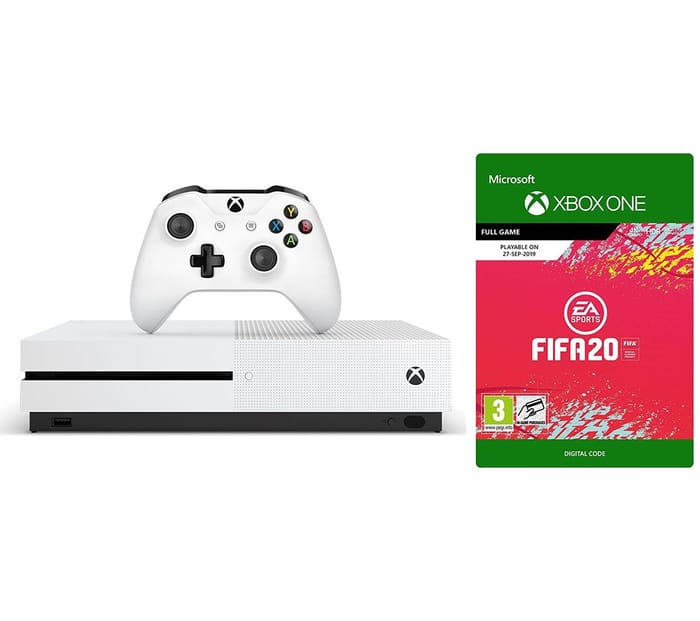 I have found an awesome deal with an amazing price £249.00! You can get it from www.currys.co.uk with FREE delivery.

Enter the world of gaming with a great deal of Microsoft Xbox One S & FIFA 20 Bundle.

Play from a selection of over 1300 amazing games with the Xbox One S. From the biggest blockbuster titles and Xbox exclusives to iconic franchises that everyone's grown up playing, you'll have loads of choice.

If you've got a 4K TV, the Xbox One S lets you make the most of it – you can stream 4K shows from Netflix or Amazon, and watch your favorite films on 4K Blu-ray. Everything you watch will be in incredible Ultra HD detail.

Your games and films will also be enhanced with Dolby Atmos and DTS:X audio. You'll get better surround sound if you use a headset, and every film you watch will be even more cinematic.

The Xbox also makes a great first console for younger family members. You can keep an eye on your child by setting content filters and purchase limits, and you can decide who's allowed to engage with your child when they're gaming.

This is surely an unexpected deal with amazing price!!

The information above may be temporarily incorrect because of coronavirus. Please check with Currys PC World.