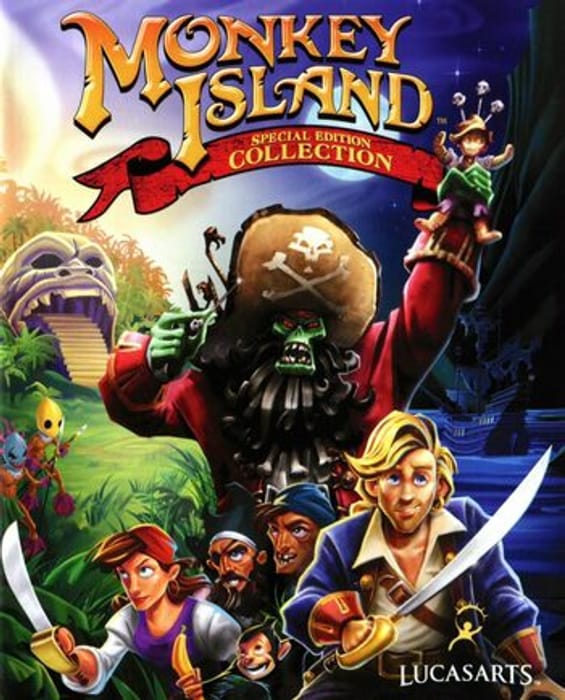 Available from Eneba
£1.55
4 people like this deal
Code required
Get Deal

Once you’ll buy Monkey Island Special Edition Bundle Steam key – start with the very first 1990s title of the series that is The Secret of Monkey Island. Special Edition Steam game features a brand-new hand-drawn art style accustomed to high-resolution modern displays and an intuitive UI for seamless interaction with the in-game environment. Join the hilarious wannabe pirate Guybrush Threepwood on his quest to discover the legendary Monkey Island!

After completing the first game, you’re all set for an experience that is widely considered to be the best adventure game made by LucasArts. Monkey Island 2: LeChuck’s Revenge brings back the protagonist and the antagonist of the first game but this time around the pirate LeChuck returns as a zombie! Buy Monkey Island Special Edition Bundle Steam key, thwart LeChuck’s plans and be the first to find another fabled pirate treasure known as the Big Whoop!

gamesgaminggameMonkey
Eneba
All Eneba deals →
All Eneba discount codes →
Reviews
5
from 2 reviews
Add review
Comments
What do you think of this?

A great price for a great game, thanks for sharing this deal