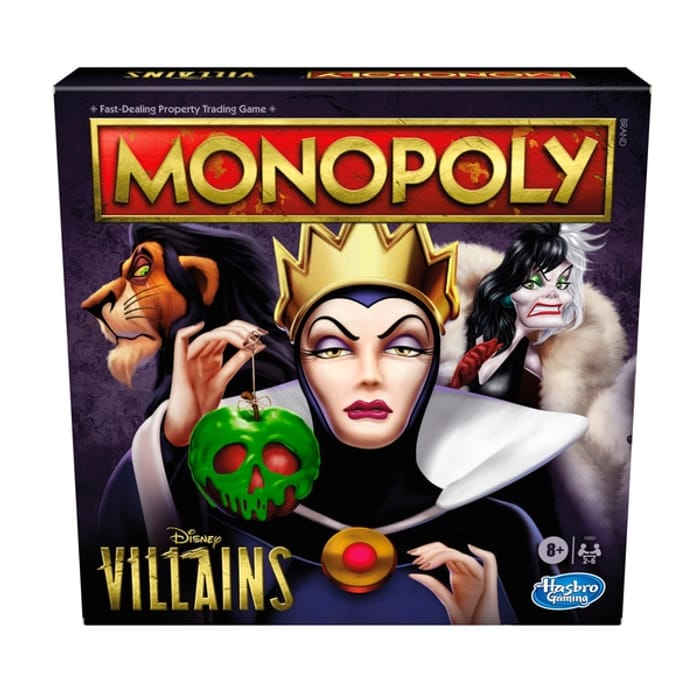 Includes Poison Apple cards that give players an advantage such as stealing coins and properties, and placing free Thickets

My daughter got this for xmas we not played it yet. But looks good

Would make such a fab gift for my Disney superfan sister, thank you for sharing the deal with us all

Make a great gift for my sister, thank you for sharing

Thank you for sharing, this will be a bit different to play then the normal game

Good deal my daughter would love this thank you for sharing

This does look cool

Not seen this version before...my cousin would absolutely love this

My friend loves disney and so do I. I must order this for us to play when we can meet up again. Thank you

Wow, this looks like fun for the kids and adults too. Nice idea to make it Disney villains. Thanks HollyDolly22

Cor, they do so many different versions of Monopoly now i cant keep track of them.

My neice would love this thanks for sharing this. Would be great for family games nights