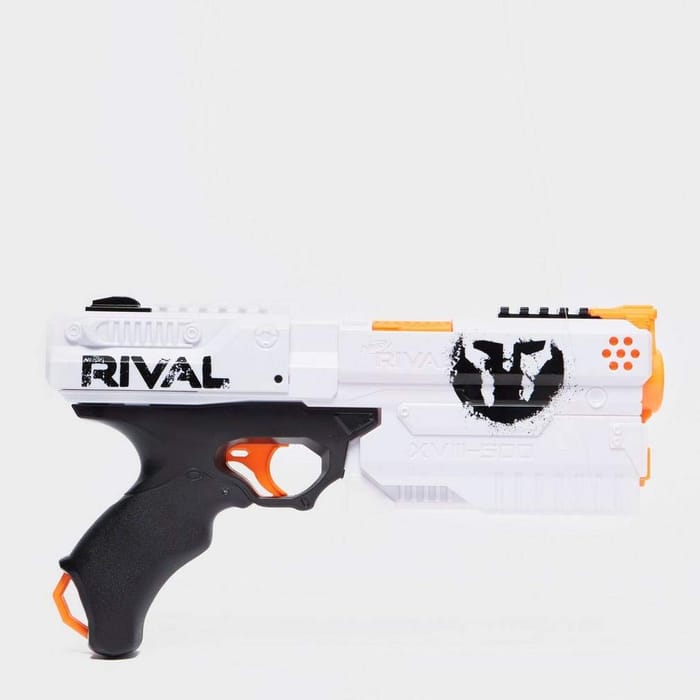 The blaster comes with different coloured flags so you can team up and take down your enemies! A game that's fun for older kids and adults alike, this nerf gun is a great way to get outside and have a run around! 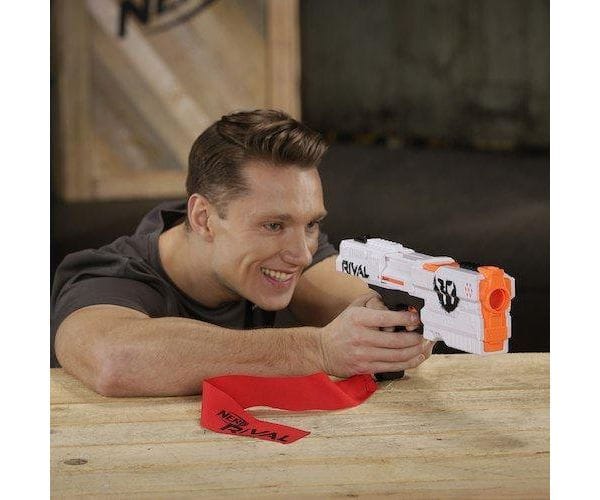 - Open the breech to load 5 high-impact rounds into the blaster, then prime it with the spring-action cocking mechanism to fire rounds blasting at 90 feet per second. This Nerf Rival blaster also has a trigger lock, and tactical rail. It comes with red and blue flags that players can wear to indicate which team they’re fighting for.

I thought this said nerd blaster , that would have been fun . What on earths a nerf though ?

mrgoggll used them when I was a bairn. The wee spuds are the best

Love this shop! They have some great offers available on toys. Thanks for sharing

My son would love this. Thanks for sharing

My nephew will love this, thank you for sharing