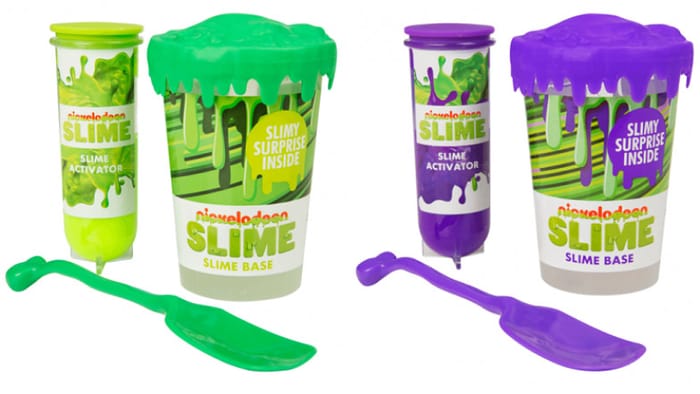 £5 Off Nickelodeon Make Your Own Slime Set

Nickelodeon Make Your Own Slime Set £3 (was £8) @ The Entertainer

If you're kids are into messing with play slime (yuck) then The Entertainer have some great savings on slime and putty in their Spring Savings event. The best deal are the Nickelodeon Make Your Own Slime sets, as they're now less than half price at just £3 each (was £8).

The Nickelodeon Make Your Own Slime sets come in a choice of three colours; green*, purple* or pink*.

Each set includes a bucket of slime base, a slime activation substance, a mixing tool, and a special hidden surprise.

Children can mix up their own slimy creation, and dig out their surprise toy - there are 12 to collect. It's recommended for children aged 5 and over, so it's no good for younger ones, but great fun for the older ones.

At this price they're a bargain for keeping aside for rainy days, and I can think of plenty of children I know who would love one of these sets.

Get free click and collect when you spend over £10.

What do you think of this The Entertainer deal?

Thank you very much for sharing great deal!!!! The kiddies will have fun with this

Thank you for sharing, this is a great find, kids will love making this

daughters birthday wed will be picking some of these up, she slime mad haha

the kids would love this, will keep them occupied for 10 mins lol, thanks for sharing