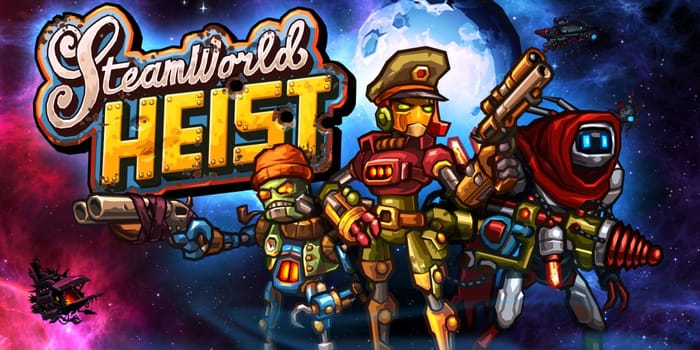 Available from Nintendo
£2.99
17 people like this deal
Get Deal

SteamWorld Heist: Ultimate Edition is fully optimised for Nintendo Switch. It comes with The Outsider campaign, including a mysterious ally and a shipload of weapons, upgrades, hats, and missions previously only available as DLC.

As the captain, you board, loot and shoot your way through enemy spaceships. Overcome the challenges of the vast frontier by upgrading your recruits with unique abilities, weapons – and even stylish hats!

Strategy focussed on skill rather than chance

Kind to newcomers, deep and challenging for veterans

All Nintendo deals →
All Nintendo discount codes →
Reviews
4.7
from 3 reviews
Add review
Comments
What do you think of this?