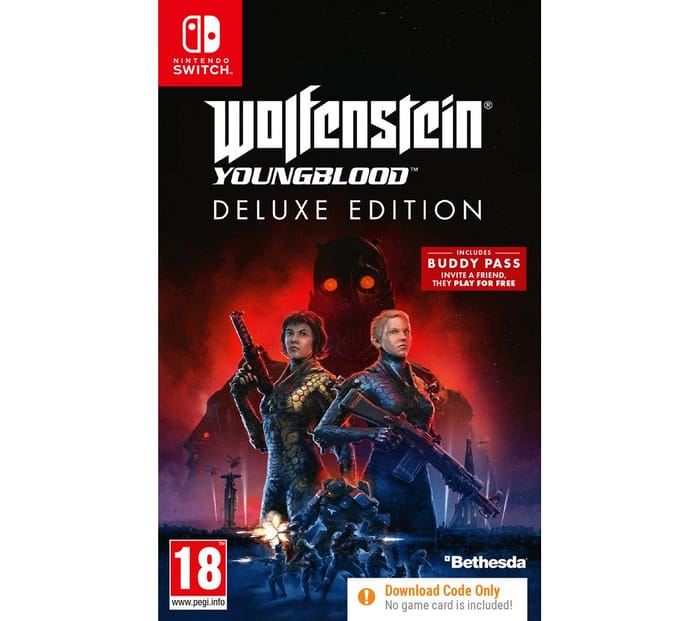 Step into a dangerous world of evil Nazi zombies in Wolfenstein: Youngblood.

Twenty years have passed since the heroic BJ Blazkowicz fought the good fight and sparked the Second American Revolution in Wolfenstein II: The New Colossus.

However, the battle for freedom has only just begun. BJ has gone missing in Nazi-occupied Paris and now all hopes lay on the shoulders of his twin daughters Jess and Soph. It's up to you to play as his daughters, single player or cooperatively, to defeat the hordes of evil enemies in this thrilling FPS.

Please note: This is a download code only, no game card is included in the box. Download requires approx. 21 GB of available space.

But thanks for sharing

Thanks for letting me know. I've now expired the deal. Shame it didn't last long.