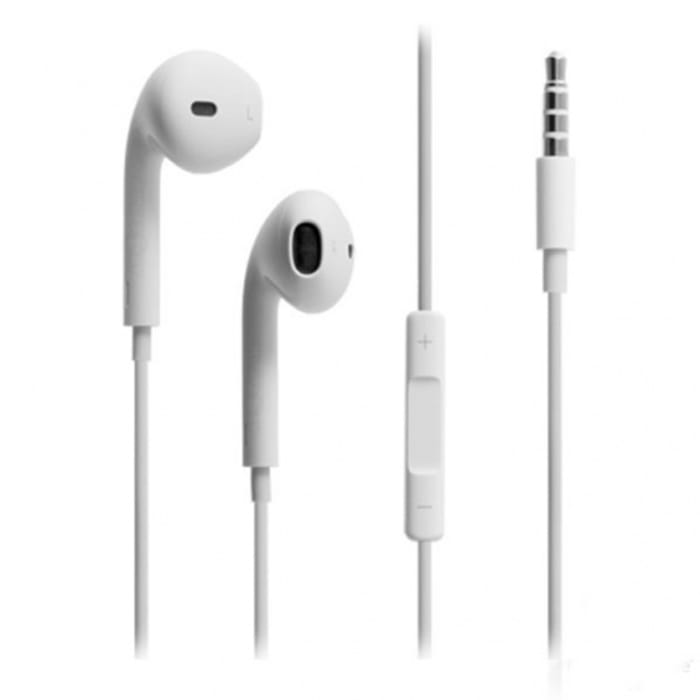 Apple Earpods - Originally shipped with iPhone 6 or sold seperatley - at a fraction of the cost of the Apple Store.

Greater protection from sweat and water

1 x pair of Apple EarPods with Remote and Mic

The Earpods remote and mic are supported by all models of iPod, iPhone and iPad with a 3.5mm headphone jack (not all models support volume up/down

functions). Audio is supported by all iPod models.

Why Are These Earpods Cheap?

The Earpods are cheap because they don't come in a retail box - they just come in their protective Apple Case. They are whats known as a 'Bulk Packaged' item. This way your apple to save almost 50% on a like-for-like official product - just because its not in a box. They're still 100% real Earpods though!

How can i tell these are Genuine?

About 8” from the Earpods jack plug will be the words “Designed In California” followed by “Assembled in” and a country of manufacture such as China or Vietnam. After this there will be a product number.

The + and – symbols on the inline remote will be a light shade of grey. Most fakes are black.

The buttons on the Earpods inline remote will make only a very faint clicking sound if you listen closely. Fakes will click loudly.

The metal mesh inside the earpods is usually replaced with a cheaper, black cloth.

The stem vent will usually be missing if fake.

Overall quality will be low, both sound and finish.