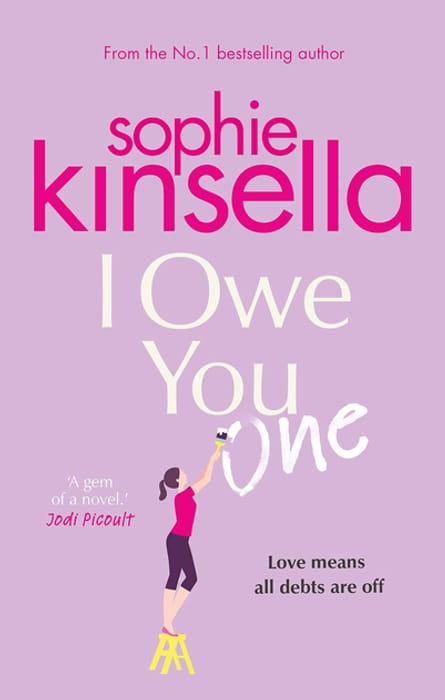 I Owe You One: The Number One Sunday times Bestseller

Available from WHSmith
£8.49£20
3 people like this deal
Get Deal

The Number One Sunday Times Bestseller 'A gem of a novel' JODI PICOULT The irresistible new standalone from Sophie Kinsella is a story of love, empowerment and an IOU that changes everything . . . Fixie Farr can't help herself. Straightening a crooked object, removing a barely-there stain, helping out a friend . . . she just has to put things right. It's how she got her nickname, after all. So when a handsome stranger in a coffee shop asks her to watch his laptop for a moment, Fixie not only agrees, she ends up saving it from certain disaster. To thank her, the computer's owner, Sebastian, scribbles her an IOU - but of course Fixie never intends to call in the favour. That is, until her teenage crush, Ryan, comes back into her life and needs her help - and Fixie turns to Seb. But things don't go according to plan, and now Fixie owes Seb: big time. Soon the pair are caught up in a series of IOUs - from small favours to life-changing debts - and Fixie is torn between the past she's used to and the future she deserves. Does she have the courage to fix things for herself and fight for the life, and love, she really wants?

We have 1,323 WHSmith deals and 132 WHSmith discount codes on Latest Deals.

Thanks for sharing love her books. About time I took some me time.