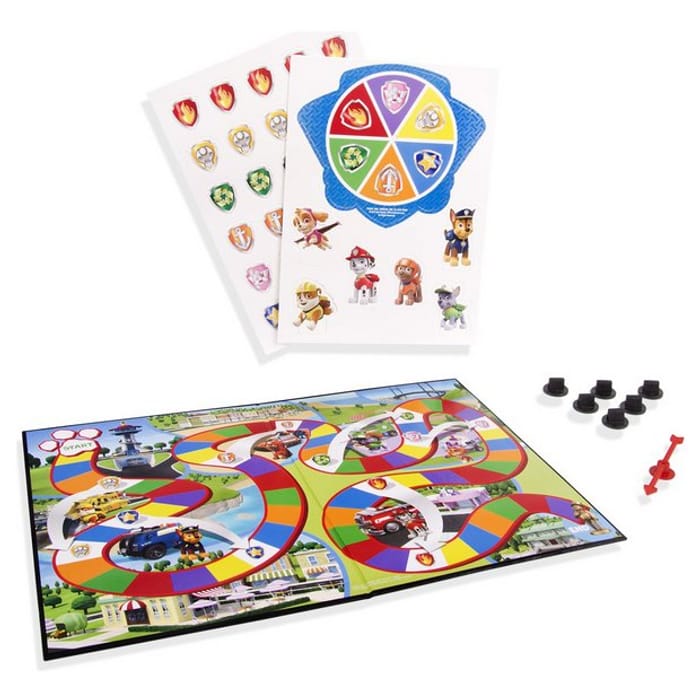 PAW Patrol Adventure Game is a simple race-to-the-finish path game for young children. Based on the Paw Patrol television series, players take control of one of six different pups and use the spinner to move along the path. Spinning a colour allows you to move to the next available space of that colour and collect a badge of that colour. You can use the badge to take shortcuts further along the path. Whoever reaches the end of the path first wins the game! For ages 4+.

It's time for a big adventure with the PAW Patrol pups!

Play the game as one of six Pups then continue the fun as you play with the included Marshall figure!

Spin the arrow and move along the path, collecting Badge Tiles as you go. Use your Badge Tiles to take shortcuts and move ahead faster! Be the first pup to reach the end and you win!

Simple rules and a colourful game board mean hours of adventurous fun for 2–6 players.

For ages 36 months and over.