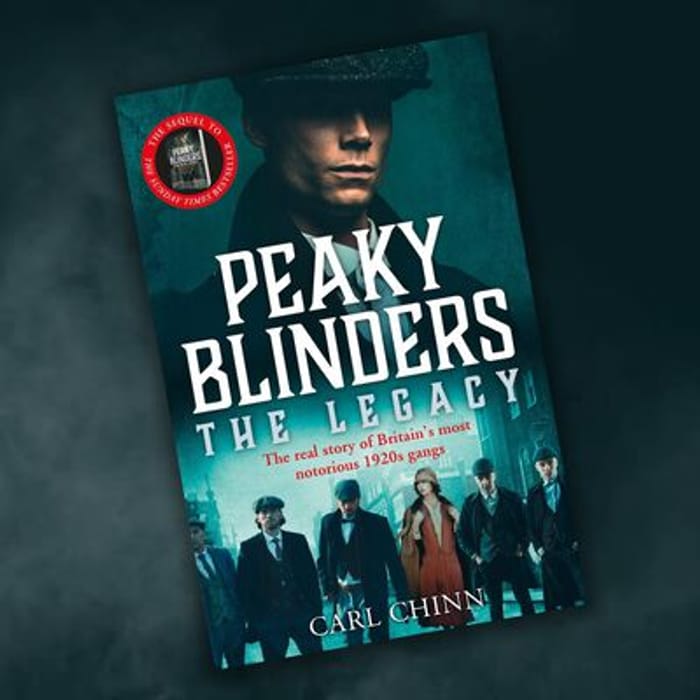 Join the notorious Peaky Blinders as we know them, from their hit TV series, and enjoy following the lives infused with drama and dead...

Well-known social historian, broadcaster and author, Carl Chinn, revealed the true story of the notorious gang in his bestselling Peaky Blinders: The Real Story and now in this follow-up book, he explores the legacy they created in Birmingham and beyond.

What happened to them and their gangland rivals?

In Peaky Blinders: The Legacy we revisit the world of Billy Kimber's Peaky Blinders, exploring their legacy throughout the 1920s and 30s, and how their burgeoning empires spread across the UK.

Delve into the street wars across the country, the impact of the declaration of War on Gangs by the Home Secretary after The Racecourse War in 1921, and how black-market bookmaking gave way to new and daring opportunities for the likes of Sabini, Alfie Solomon and some new faces in the murky gangland underworld.

Drawing on Carl's inimitable research, interviews and original sources, find out just what happened to this incredible cast of characters, revealing the true legacy of the Peaky Blinders.