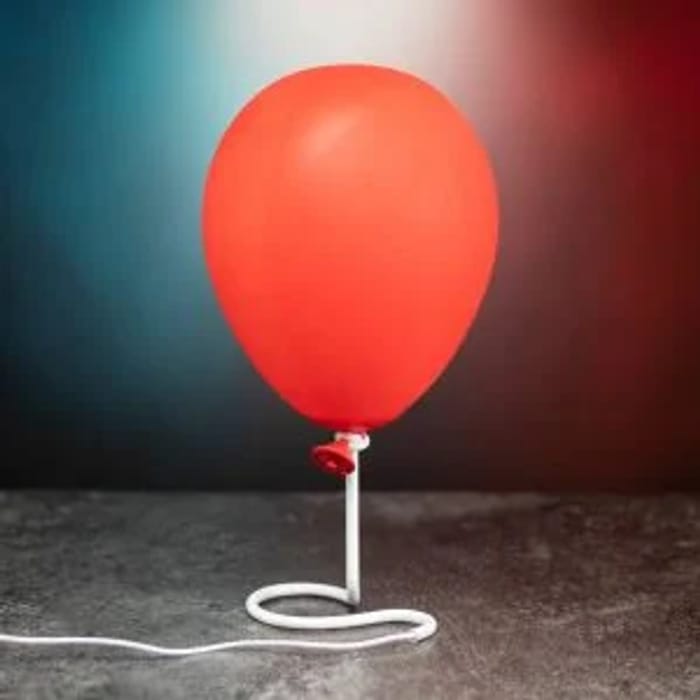 IT Pennywise Balloon Lamp at Menkind

Every kid is told never to take balloons from freaky-looking clowns that appear in storm drains. But, do any of them listen? Georgie didn’t… and neither did you, by the looks of it, because we see that you have your eye on this IT Pennywise Balloon Lamp!

OK, we’re way friendlier than Pennywise the Clown, and we’re not crazy about the taste of fear. So, you’re safe. But that doesn’t mean that you room will be safe from the haunting red glow given off by this bad boy. It’s powered by USB, has an on/off switch at the base of the balloon, and makes a stand better than the kids of Derry, Maine (because its string doubles as a stand).

So, if you’re a (Penny)wise IT fan (or you know one), you’ll order this light faster than we can say, ‘Take it, Georgie!’

We have 445 Menkind deals and 46 Menkind discount codes on Latest Deals.

What do you think of this Menkind deal?

Wow this is really cool. It's such a great film, watched it a few times

My neice would love this, she loves the movie. Thank u for sharing

Not a problem at all ... it's quite funky isnt it . I'm sure she will love it

Don't know about the film/clown side of things, but this is a rather cute little bedside lamp in it's own right.