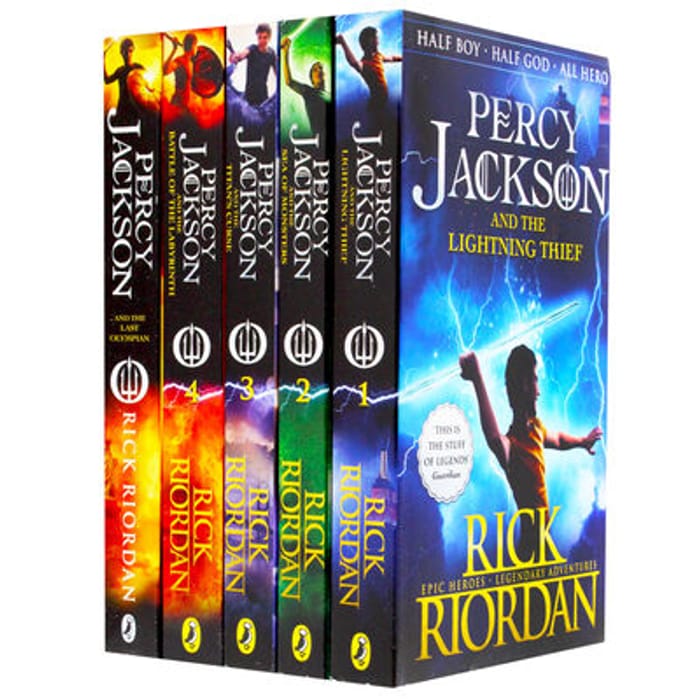 Rick Riordan is the #1 New York Times bestselling author of over twenty novels for young readers, including the beloved Percy Jackson & the Olympians series. Riordan is well-known for his ability to blend the modern day with ancient mythology such as in Percy Jackson and the Olympians, The Kane Chronicles, Heroes of Olympus, Magnus Chase and the Trials of Apollo book series'.

The first 2 instalments of the Percy Jackson series have also been made into feature length movies that starred Logan Lerman, Brandon T. Jackson and Alexandra Daddario.

Oh what a great deal. My daughter loves reading and will really enjoy these as she likes the movies

yeah this really is a great series, and it is quite cheap for this price

This would be a great gift for my mother in law, she's a very keen reader

This is a fab price, my niece will love this, thanks for sharing