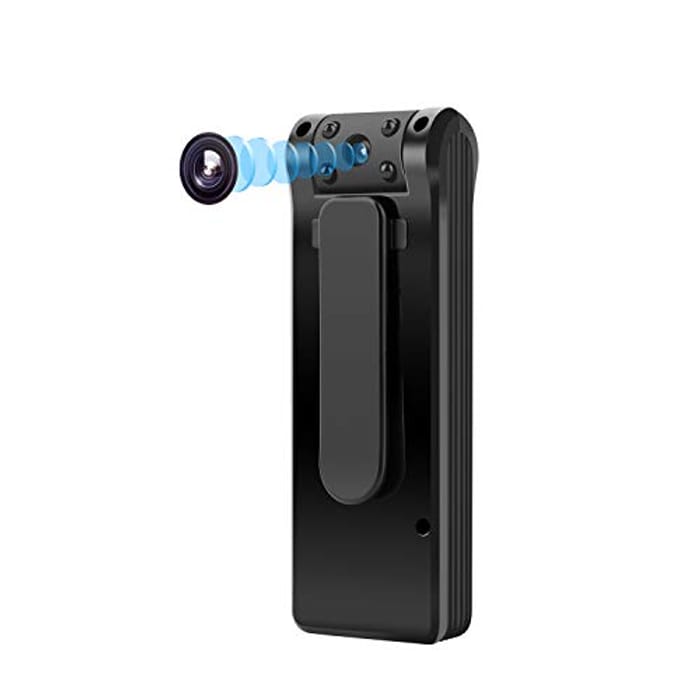 Available from Amazon
£18£44.99
26 people like this deal
Code required
Get Deal

【6 Hours of HD Video Taking 】Built with 1100mhA battery, the hidden camera could work for up to 6 hours（11 hours voice recording）after a full charging, 1920*1080 FHD Video could be taken with this perfect spy hidden camera for conference, lecture, travel, investigation and evidence collection.

【Easy Depolying and Operation】Cubic body with a clip and the 180 degress rotate lens allow you set the camera in anywhere toward the scene you want. Two buttons and indicating light allow you checking its working status without stop its working. ( The light is off when taking video until you press the buttons )

【Working When Charging and Loop Saving】Imporved card slot support up to 256GB memory. Connected with a power source with a cable, it could work as a survilliance camera and save up to 10 hours video in its 32GB memroy card, and delte the oldest ones automatically.

This is a really good price for this hidden camera, ideal for catching people in the act. Thanks for sharing this great deal.

What a great find, i have been looking for something like this, and its a fab price. Thank you for posting this.

Unfortunately there are more bad reviews than good ones for this product which has put me off..

Great find. I’ve been looking for something like this, unfortunately to find out who’s been taking things from my home.