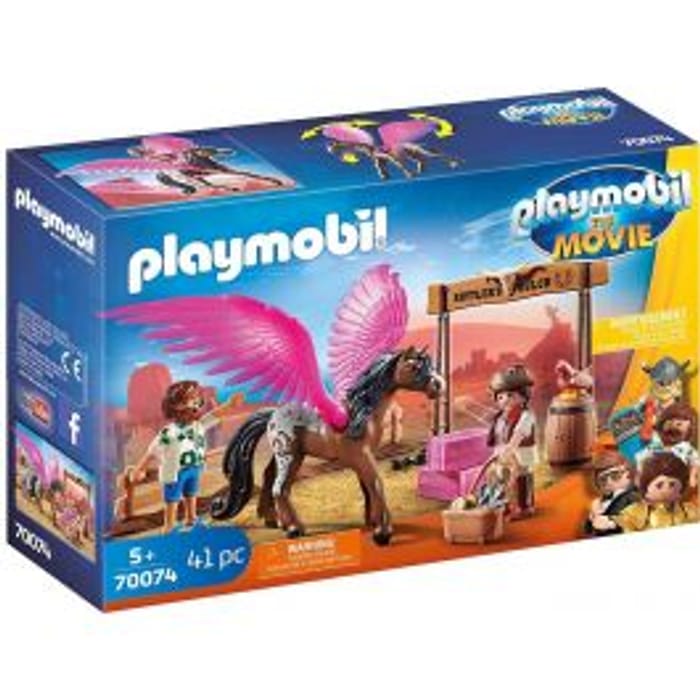 By chance the siblings Marla and Charlie are drawn into the magical, colourful PLAYMOBIL® universe and separated. To find Charlie again, Marla must embark on the adventure of a lifetime.

Fortunately she meets Del, a crazed food truck driver, who helps her to find her way in this fantastic world with its crazy rules. Their search also takes them to the Western World, where they meet a pink-winged Flying Horse and this will certainly not be the last bizarre encounter on their adventurous journey.

PLAYMOBIL: The Movie© is the first animated film inspired by the imaginative world of PLAYMOBIL® and takes the audience on an epic, funny and unforgettable adventure. Matching the cinema launch, there are nine cool game sets around the PLAYMOBIL® film.

The play set contains the movie characters Marla in western outfit, Del and a pink-winged Flying Horse, as well as a chicken, magical hay, a fence and many other accessories.