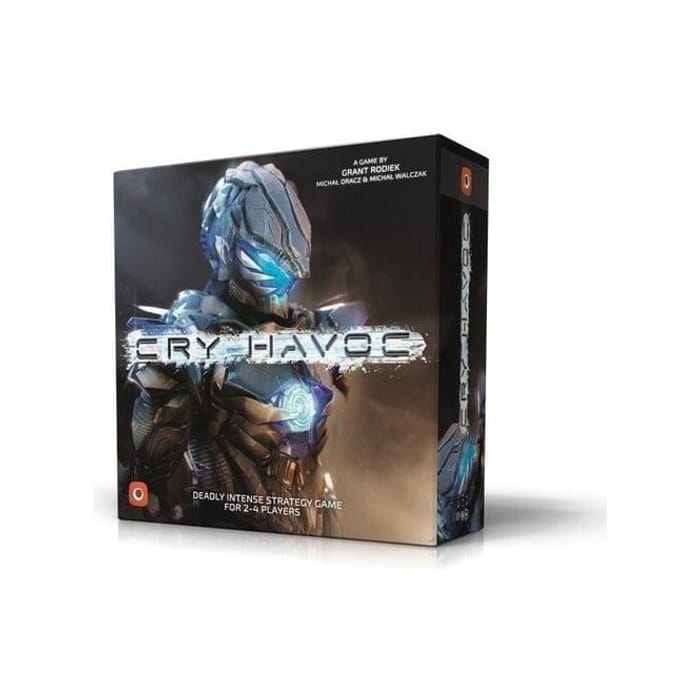 Deep in a quadrant of space believed to be empty, a virgin, unexplored planet has been discovered by three unique, powerful species. The resources of the planet are abundant beyond belief, but are protected vigorously by the indigenous species, known as the Trogs. The riches of the planet will be won, inch by inch, with blood.

Cry Havoc is an asymmetric, card-driven area control game for 2-4 players. Each player controls one of the four unique races and fights viciously to gather the most Crystals on the planet, which will more than offset the costs of the conflict. To do this, players must customize their decks of cards, Build powerful Structures, and leverage their unique Skills to gain victory. The indigenous Trogs play a special role in Cry Havoc. In 2- and 3-player games, the Trogs are not controlled by a player, but they act as a deterrent to the invaders’ aggression. The beginning of the rules contains the explanation of how the Trogs act against the invading races during 2-3 player games. The rules for playing the Trogs in a 4-player game are described at the end of the rulebook.

The game is won by the player with the most Victory Points at the end of the game. The primary way to score Victory Points is by controlling Regions with Crystals during Rounds in which Scoring is enabled. Victory Points are also scored for controlling territories, capturing Prisoners, killing enemy Units and using certain Tactics or Skills.