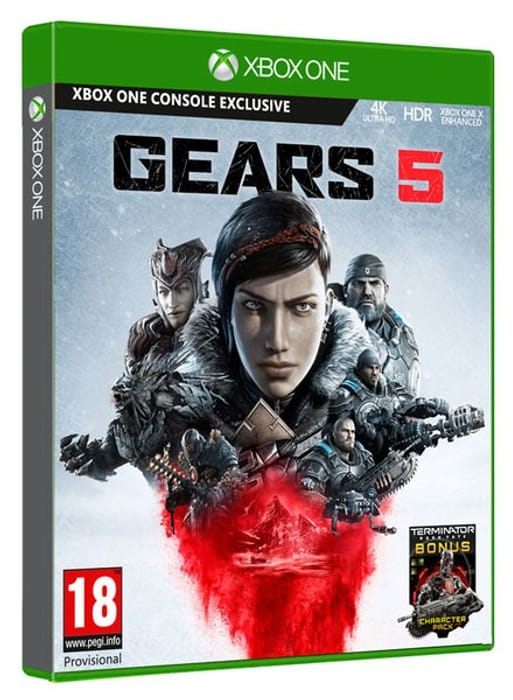 Available from ShopTo
£34.85
2 people like this deal
Get Deal

Pre-order the disc edition of Gears 5 by September 10, 2019 and receive 7 days of Boost and Terminator Dark Fate Character Pack Bonus*

*Available for a short time: early disc versions of the game will come with the Terminator Dark Fate Character Pack, featuring Sarah Connor and the T-800 from the film; look for specially marked packages, while supplies last. (Character pack and skin require Xbox Live Gold on console, membership sold separately).

FROM ONE OF THE MOST ACCLAIMED GAME FRANCHISES IN HISTORY, GEARS 5 DELIVERS AN EPIC CAMPAIGN AND BRUTAL ACTION ACROSS MANY THRILLING MODES.

Campaign: With all-out war descending, Kait Diaz breaks away to uncover her connection to the enemy and discovers the true danger to Sera - herself.

Escape: A new, aggressive, high-stakes co-op mode featuring a three-player suicide squad that must work together to take out enemy hives from within.

Versus: May the best team win! With 10+ other game types plus new and classic maps. Versus rewards every competitive style, from casual to pro. Horde:

We have 465 ShopTo deals and 21 ShopTo discount codes on Latest Deals.