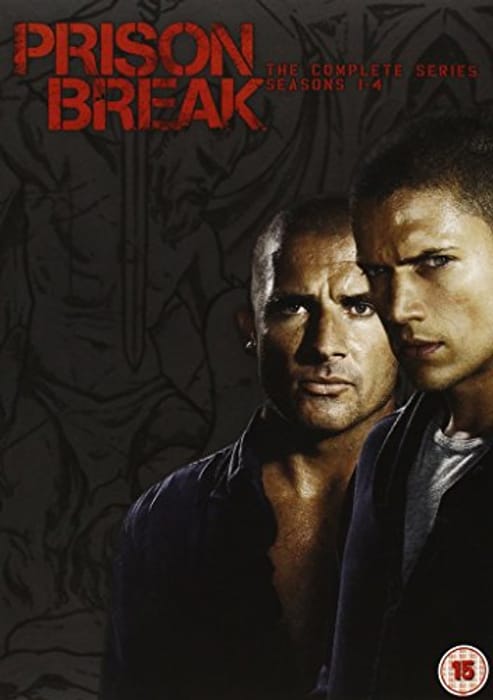 Available from World Of Books
£3.23£4.49
2 people like this deal
Code required
Get Deal

You can get this great deal by using Code WELCOME10 with Free Delivery.

Season one of Prison Break is great television. Here's the set-up. Lincoln Burrows (Dominic Purcell) is framed and wrongfully convicted for assassinating the Vice President's brother. Lincoln's brother Michael Scofield (Wentworth Miller), who just happens to have designed Illinois' Fox River Penitentiary where Lincoln is on death row, hatches an elaborate escape plan. Michael's plan involves getting himself incarcerated in Fox River and smuggling the prison's blueprints by having them hidden in tattoos that cover his entire torso. Once inside, Michael must form alliances with a rogue's gallery of felons with their own sometimes unsavory motives. Meanwhile, on the outside, Lincoln's lawyer and one-time girlfriend Veronica Donovan (Robin Tunney), pursued by Secret Service agents, attempts to unravel the conspiracy that sent her man to the slammer.

What do you think of this World Of Books deal?