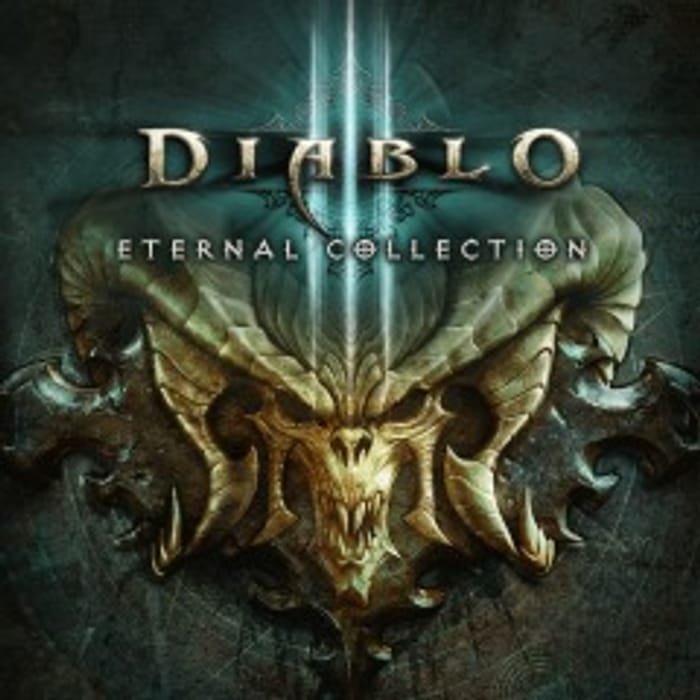 This Eternal Collection features Diablo III, the Reaper of Souls expansion set and the Rise of the Necromancer pack - all together in one definitive volume

Return to the mortal realms with deadly new powers of blood, bone and essence. The Rise of the Necromancer pack unearths a trove of new content, including the Necromancer hero class and two additional character slots. Plus, it grants Necromancer-themed content for all your characters, including Wings of the Crypt Guardian, a Half-Formed Golem pet, a portrait frame, a banner shape and sigil, and a pennant.

Play with up to 4 friends online (PlayStation Plus subscription required for Playstation 4, Xbox Live membership required for XBox One)

Diablo III Reaper of Souls Challenge Death itself as Malthael-Angel of Death-attempts to harness the infernal powers of the Black Soulstone.

Expands the story into Westmarch and Pandemonium in a 5th Act

2 additional tabs for your item stash

Cosmetics including the Wings of the Crypt Guardian, the Half-formed Golem Pet, and the Necromancer Banner, Sigil, and Pennant

We have 213 PlayStation deals on Latest Deals.