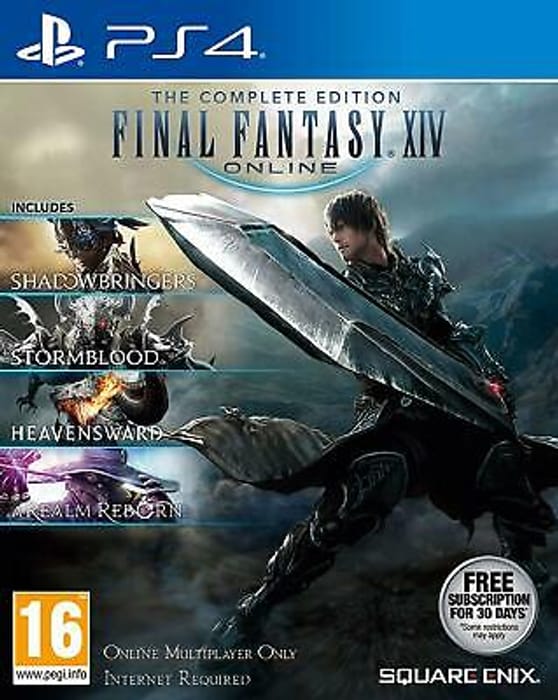 Create your own unique FINAL FANTASY hero and begin your adventures in the realm of Eorzea!

Take to the skies and bring an end to the thousand-year Dragonsong War and restore light to the realm in this critically-acclaimed expansion.

Join the fight for freedom! Journey to the East to explore vast, new lands and play as two additional jobs ─ Red Mage and Samurai.

Become the Darkness in the latest expansion! Begin the next chapter and play as two new jobs - Gunbreaker and Dancer - as well as two new races - Viera and Hrothgar.

A flexible class system that allows players to switch freely between a variety of classes and jobs, including new additions Gunbreaker and Dancer, and reach the new level cap of level 80"

All the hallmarks of the FINAL FANTASY franchise, including an engaging storyline, genre-leading graphics, and HD real time cut scenes

Robust gameplay features such as player-managed Free Companies, diverse party finder features to group up with other players with ease, and a variety of fun activities in the Gold Saucer area, all designed to accommodate a dynamic player community "