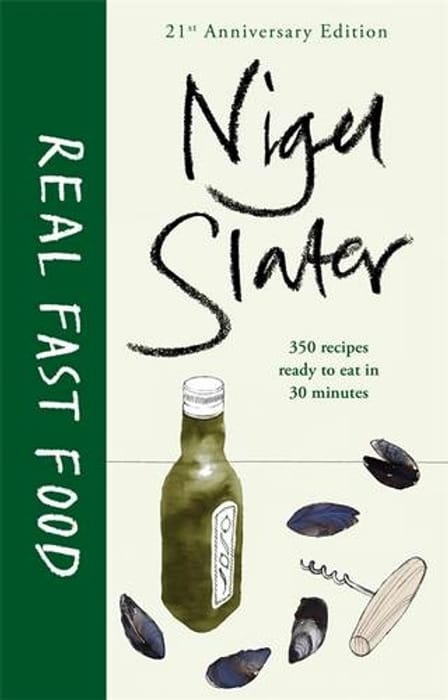 Love food but hate spending hours in the kitchen? This book is the answer, with over 350 delicious recipes ready in less than 30 minutes. Nigel Slater presents over 350 creative, delicious and nourishing recipes and suggestions for those who'd rather spend more of their time eating than cooking. From simple snacks to dinner-party desserts, all the dishes in Nigel Slater's Real Fast Food can be ready to eat in 30 minutes or under. 'Makes your stomach rumble . . . Easily my first choice for a simple, good, workable and readable cookery book' - Nigella Lawson 'Not just a cookery book for gourmets and foodies, but for real people too' - Sophie Grigson 'Nigel Slater offers us a decade's worth of fresh, original cookery ideas with spoonfuls of wit' Observer 'Designed to appeal to people who love food but don't want to spend hours slaving away at the stove (i.e. nearly everybody in Britain)' - Independent on Sunday Nigel Slater is the Observer's food writer, writing a month column for Observer Food Monthly. Real Fast Food was shortlisted for the Andre Simon Award while The 30-Minute Cook was nominated for both the Glenfiddich and Julia Child Awards. In 1995 he won the Glenfiddich Trophy and he has twice won the Cookery Writer of the Year Award as well as being named Media Personality of the Year in the 1996 Good Food Awards. His other bestselling books include Real Fast Puddings, Real Food, Appetite and The Kitchen Diaries.

We have 1,376 WHSmith deals and 136 WHSmith discount codes on Latest Deals.