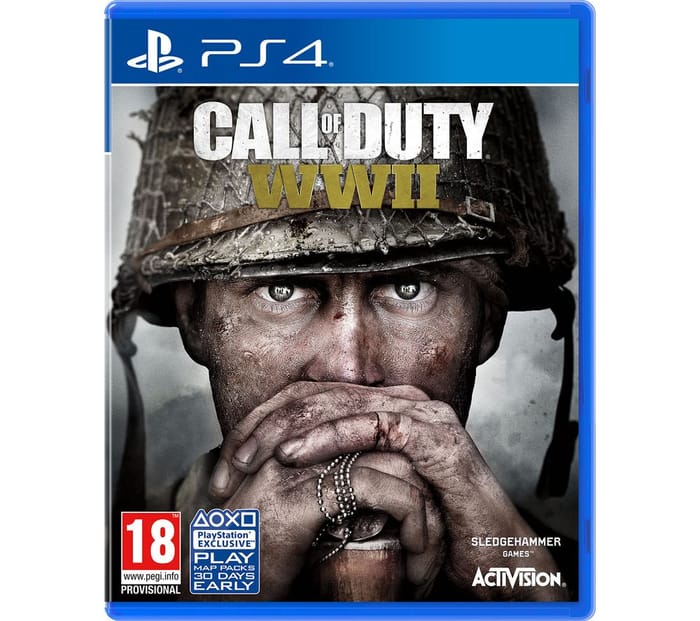 - Fight your way across Europe in the incredible campaign

- Battle players around the world and liberate a continent in multiplayer

Fight your way across Europe

Returning to its historical roots, Call of Duty WWII lets you enlist as a new recruit for the First Infantry Division of the US army. From the beaches of Normandy on D-Day to the Battle of the Bulge, you and your squad will fight across Europe and become part of some of the most iconic battles of the war.

Jump into a gritty, lifelike take of WWII and experience the intense journey and unbreakable bond of soldiers.

Battle players around the world

Engage in fast-paced action, use an arsenal of weapons and liberate a continent from tyranny in multiplayer mode. Reinforce your preferred style of play by choosing from five classic WWII divisions – each with specific training and skills.

War Mode lets you compete in a team to complete objectives as either Allied or Axis forces, while Headquarters lets you connect with other players in a truly unique way.

Take on the army of the dead

Team up with a friend and take on the army of the dead in the co-op Nazi Zombies mode. Follow a chilling new story in a small German village that's home to unexpected, adrenaline-pumping moments and the horrors of the occult.